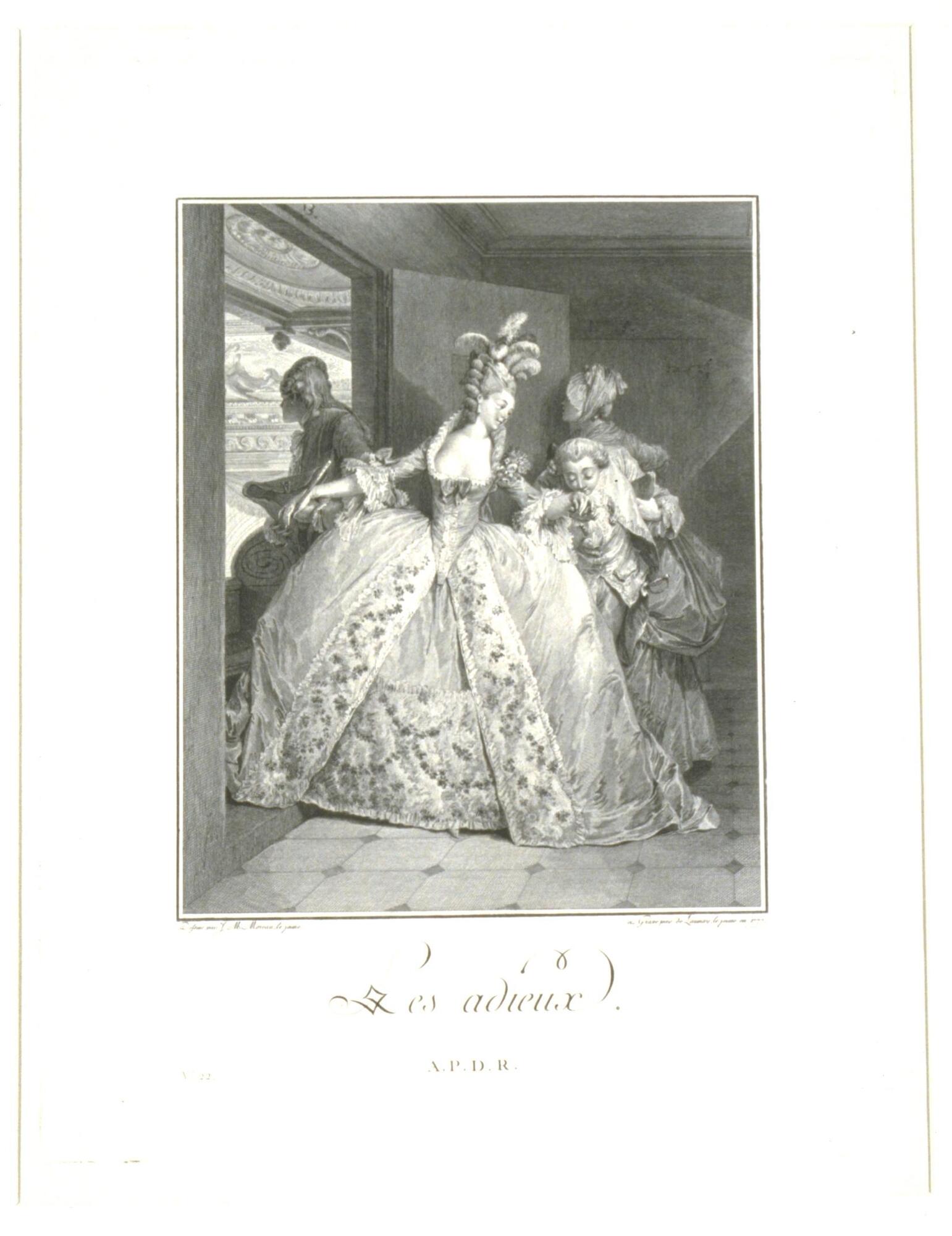 Label copy
Les adieux was one engraving in the three-volume publication entitled Le Monument du Costume. Devoted to portraying contemporary manners and mores, this collaborative endeavor brought together some of France’s best-known engravers who worked from the drawings of Jean-Michel Moreau, le jeune and Sigmund Freudenberger. A lady dressed à la mode follows her companion into a private box at the opera or theater while at the same time accepting the fervent attentions of another man.
Robert Delaunay proved the perfect engraver for this work after Jean-Michel Moreau, le jeune, an artist considered one of the finest draftsmen of the period. He conveys the height of chic through exquisite and fluid engraved lines—the woman, and especially her dress, perfectly reflect the taste for elegance and delicacy that dominated the century.
Exhibition label copy from "Eighteenth Century French Prints and Drawings," February 1 - May 4, 2003 by Curator Carole McNamara
This image was a plate in the large volume entitled "Le Monument du Costume." This large project involved many of France's leading engravers executing plates after designs by Sigmund Freudenberger and Jean-Michel Moreau, le jeune.