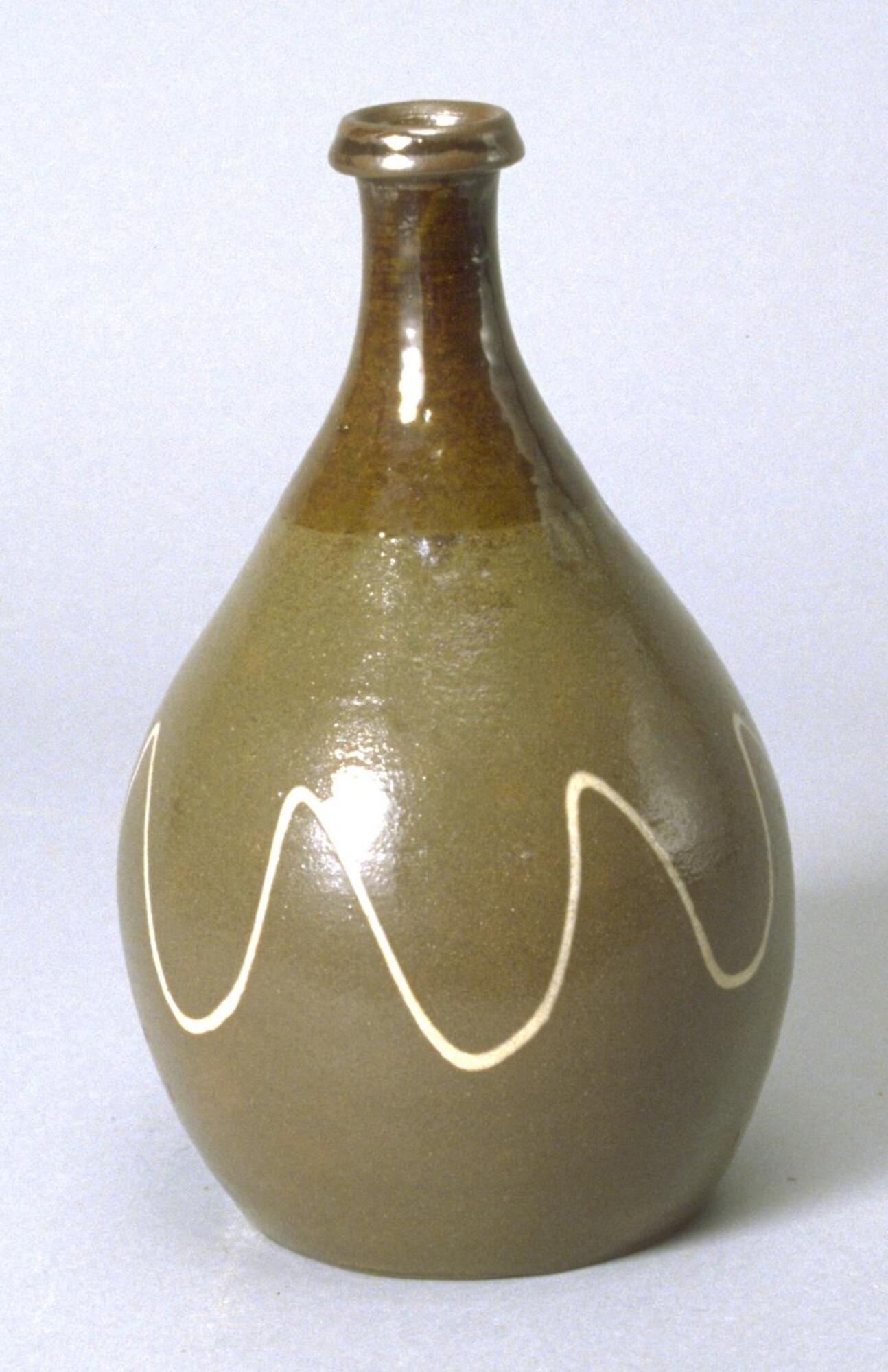 Label copy
In 1924, Hamada Shôji moved to the town of Mashiko, a folk pottery center about two hours from central Tokyo. After studying in Kyoto and England, he was intent on creating ceramics in this renowned rural kiln where over a period of hundreds of years, pots and other wares had been produced for everyday use. At first the young, educated potter was not welcomed by the community, but gradually he became part of it, and Mashiko’s rough clay, dark brown glaze made from local stones, and simple drawing style became essential elements of his work.
The Mingei movement expanded both nationally and internationally during the postwar period as the reputations of its major artists grew. Hamada and fellow-potter Kawai, the textile artist Serizawa Keisuke (1895–1984), and the printmaker Munakata Shikô (1903–1975) exhibited their work widely and won prizes at international art competitions. As a result, traditional folk pottery by anonymous potters began to be valued and collected. The movement also inspired a younger generation of studio potters, including Tamura Kôichi and Ôta Kumao, who created strikingly modern works using the traditional forms of folk pottery as a point of departure.
(Turning Point exhibition, Spring 2010)

Physical Description
Bottle with full, rounded base that tapers into a thin neck that terminates in a lipped rim. From the neck up, the vase has a brown glaze. The body has a brownish gray glaze with a white drizzled squiggle decoration along it.