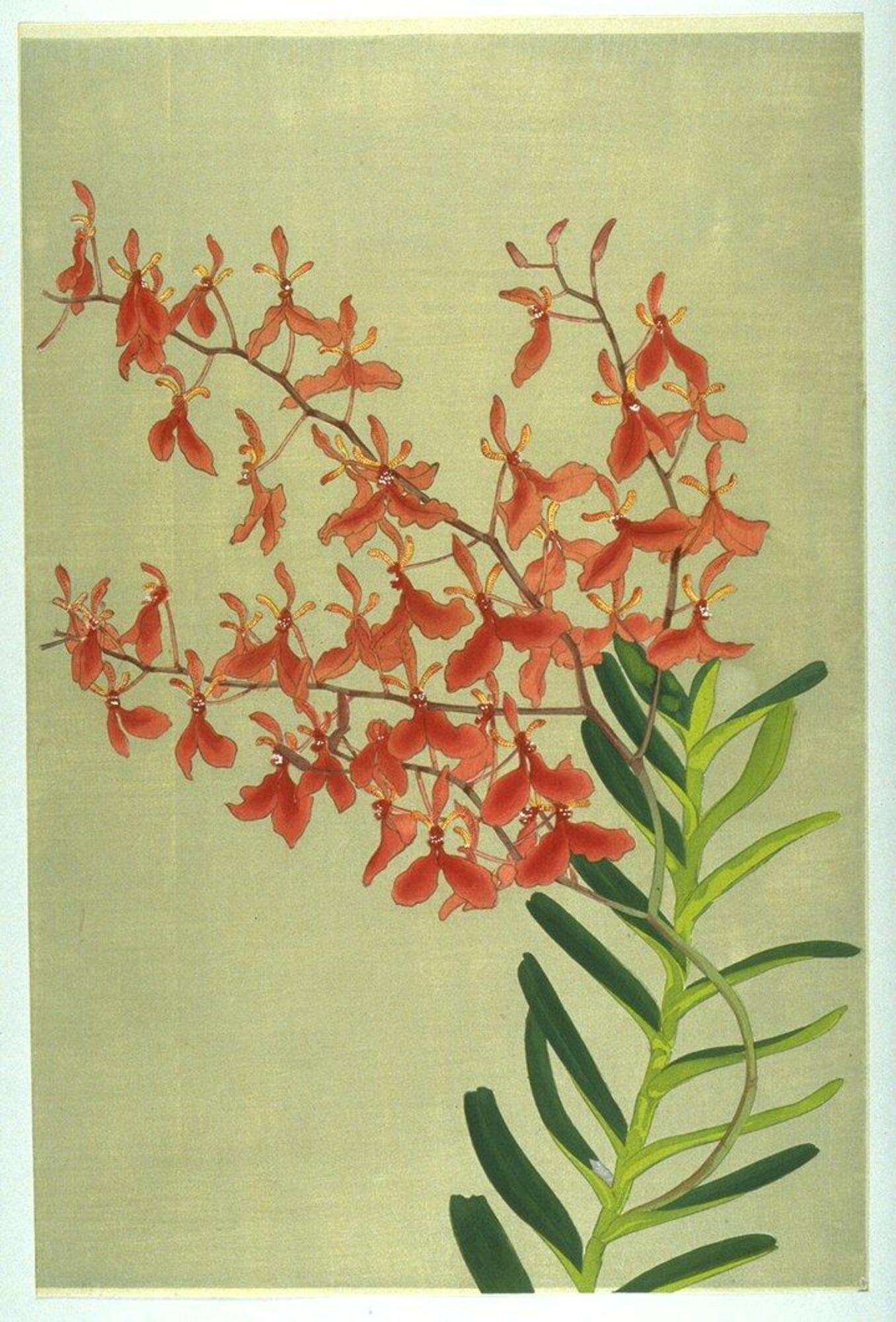 Title
Renanthera imschootiana, from 'A Record of an Orchid Collection'

Physical Description
Clusters of small red blooms move across the image from left to right. On the lower half of the image on the right side is the the main stem of the flower which is flanked by rows of leaves.