'Cypripedium Goliath,' from 'A Record of an Orchid Collection' 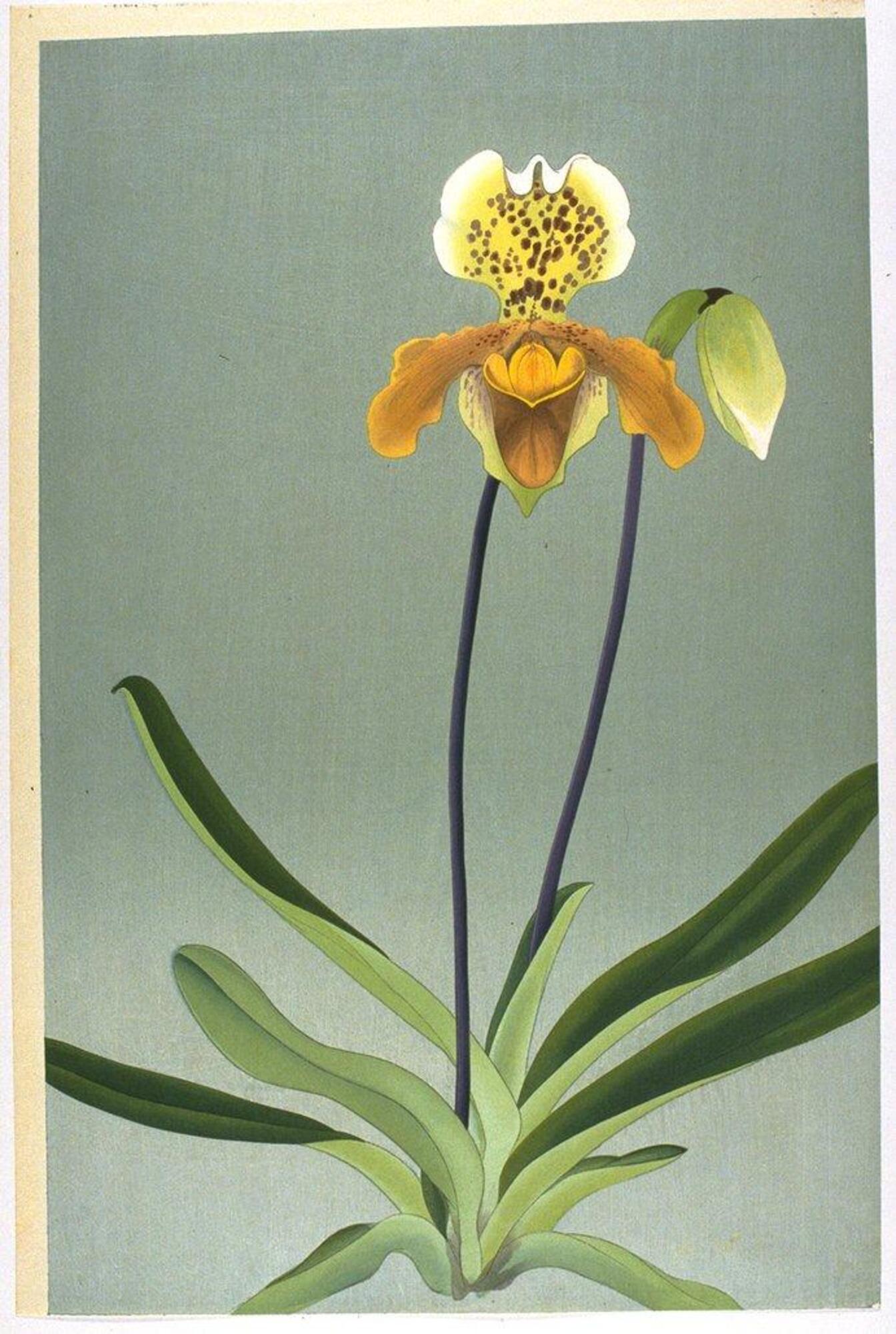 Title
'Cypripedium Goliath,' from 'A Record of an Orchid Collection'

Physical Description
Yellow and white flower on a grey background. The bloom is in the upper right hand with a bud situated behind it. The base of the stem and the leaves are located on the bottom portion of the image.