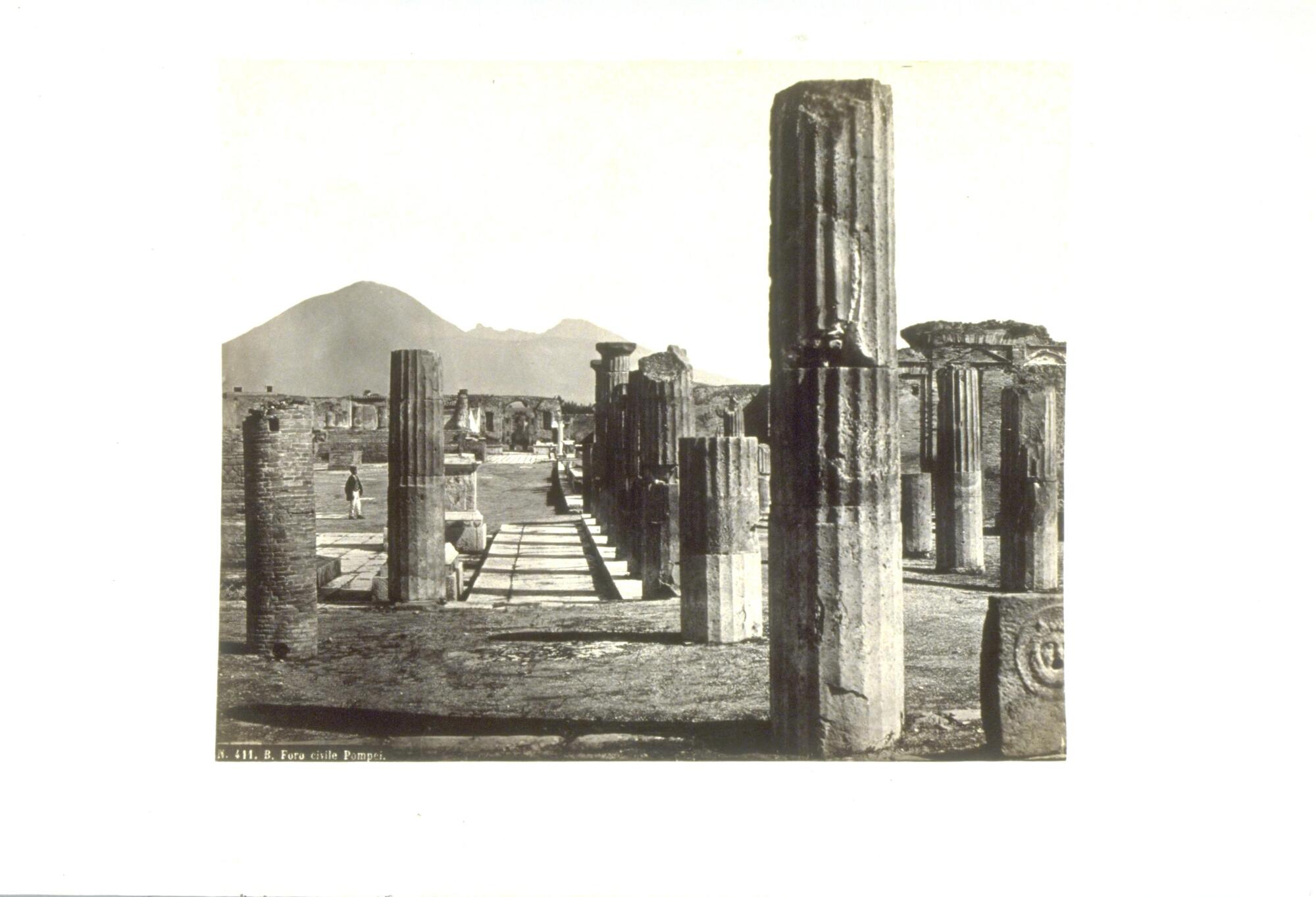 Credit Line
Transfer from the Kelsey Museum of Archaeology

This photograph represents the forum of the ancient Roman city of Pompeii, now in ruins. Pompeii, along with its neighbor Herculaneum, was destroyed by the eruption of Mount Vesuvius in 79 CE, which buried and thereby preserved the two cities in ash, pumice, and dirt. Since their rediscovery in the eighteenth century, Pompeii and Herculaneum have become major sites of conservation, tourism, as well as plunder. In the left middle ground of the photograph, a single male figure stands amid the stony remains of columns and pavement. The dark silhouette of Mount Vesuvius looms in the distance.