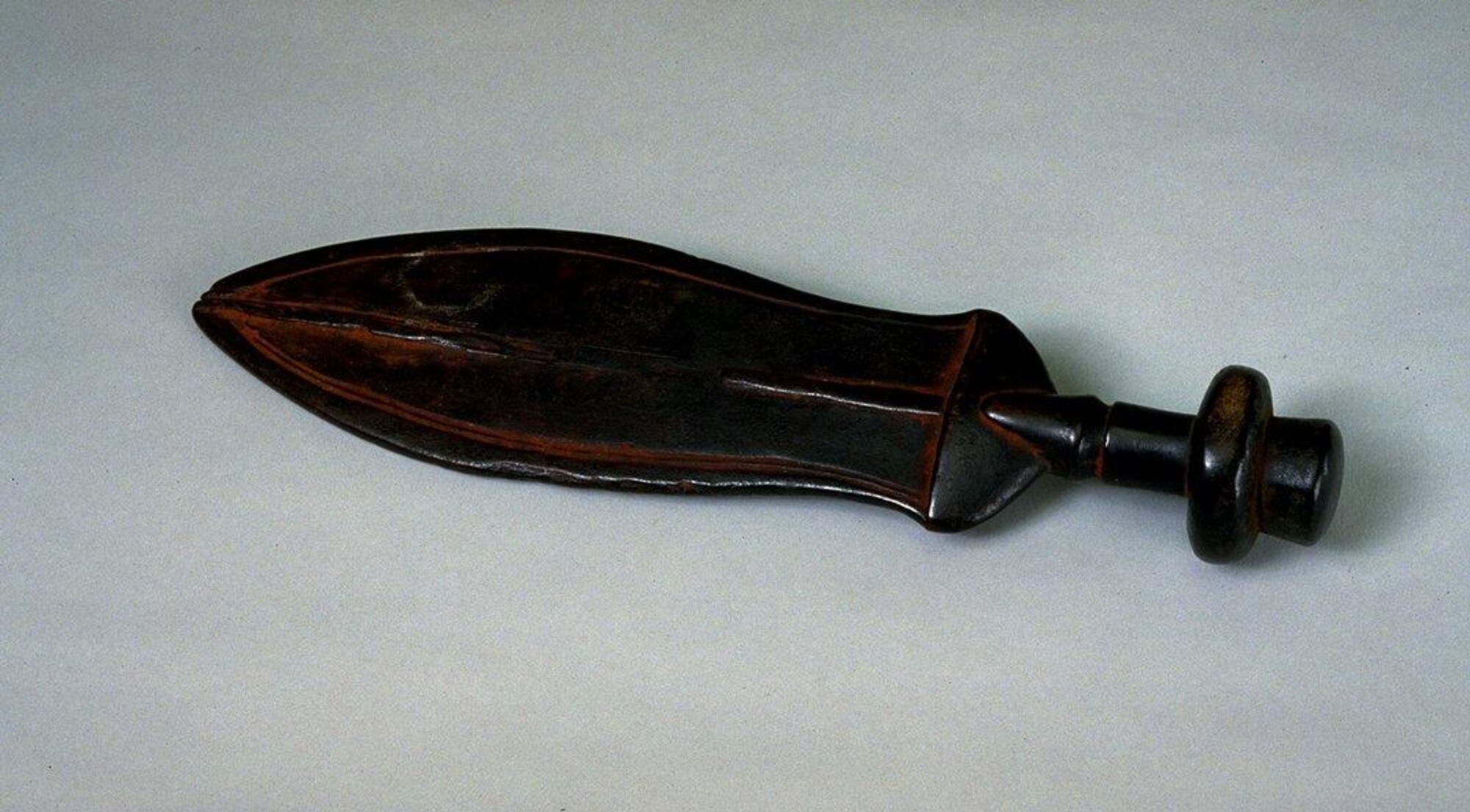 Subject matter
With its characteristic leaf-like shape and dulled blade, the ceremonial knife or, Ikul, was introduced as a peaceful replacement to the warrior throwing knife. It is typically carried by men as a symbol for prestige, warriorhood and authority. As a ceremonial object, It would also have been part of a noble man's daily costume, worn on the right side under the belt. At times, representations of an ikul could also be found on an Ndop: a carved figurative sculpture created to commemorate a Kuba king. This particular knife is covered with tukula powder called tool or twool. Made from ground camwood, tukula was used abundantly on Kuba carvings. It was also smeared on clothing and used in times of mourning.

References:
Daniel Biebuyck, The Arts of Zaire, 1985
Jan Vansina, The Children of Woot, 1978

Physical Description
Wooden knife with a leaf shaped blade. The center of the blade has a carved line running down the length of the blade. The knife has patination. There is tukula powder rubbed on the knife.

Rights
If you are interested in using an image for a publication, please visit http://umma.umich.edu/request-image for more information and to fill out the online Image Rights and Reproductions Request Form. Keywords
ceremonial weapons
knife
prestige
woodwork