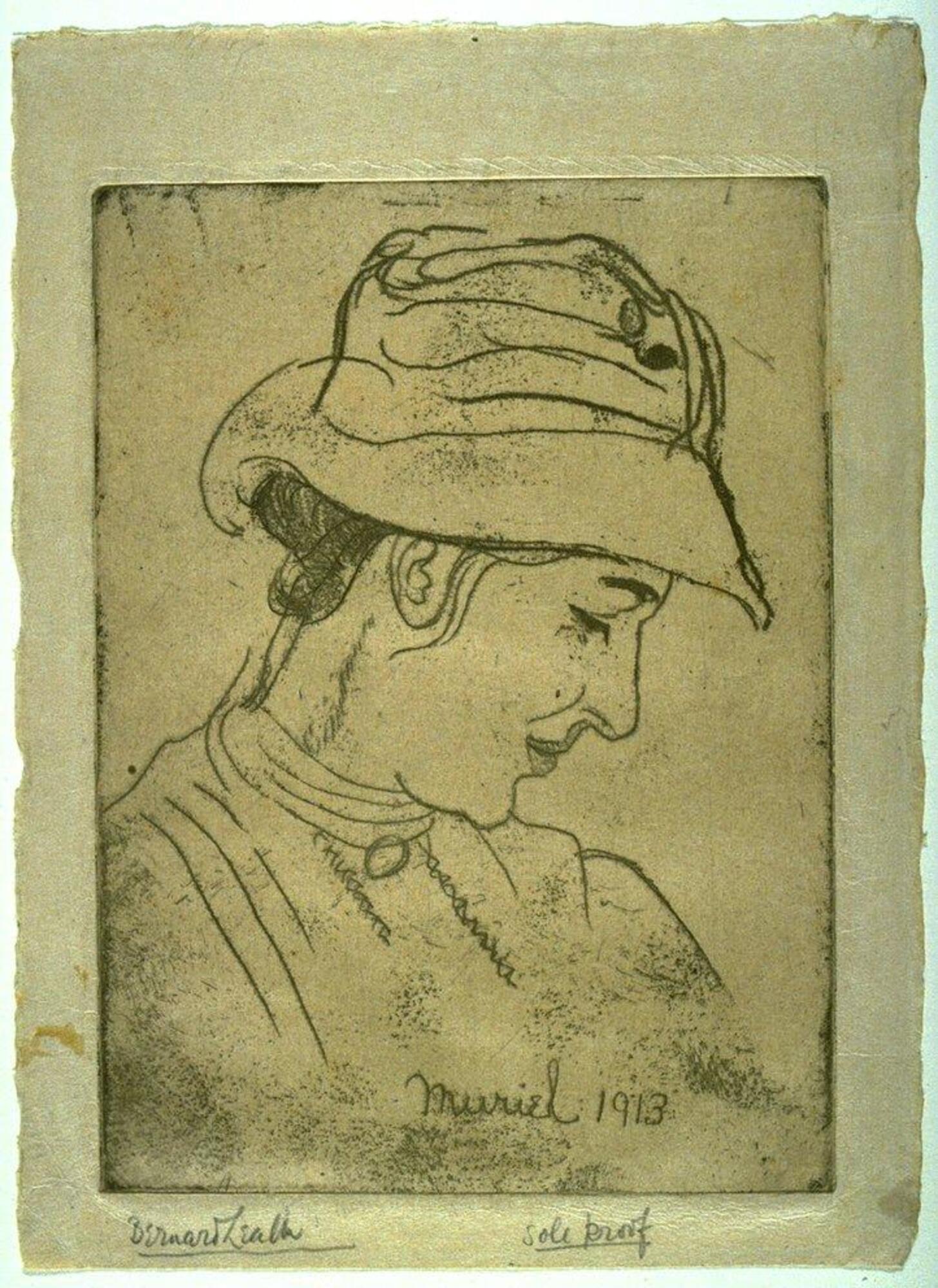 Subject matter
Though the artist is most well known for his pottery, this work represents his study of etching. When this print was produced, Leach and his wife had traveled to Japan so that the artist could bring the medium of etching to Japanese artists. The portrait is of the artist's wife Muriel, whom he had met as a younger man but was initally forbidden to court because she was his cousin. They married in Japan just a few years before this print was produced. Leach had traveled frequently as a child, being born in Hong Kong and living in Kyoto and Singapore before being moved back to England for school. It was during his time back in Japan, at the moment when he produced this print, that he discovered raku pottery, which he studied and subsequently made a name for him back in the UK.

Physical Description
This etching shows a portrait of a woman in side-profile. The woman is wearing a hat and her face tips down to the right, her eyes are closed. The plate is titled and dated (l.r.) "Muriel 1913" and the print is signed (l.l.) " Bernard Leach" and editioned (l.r.) "Sole Proof" in pencil by the artist.