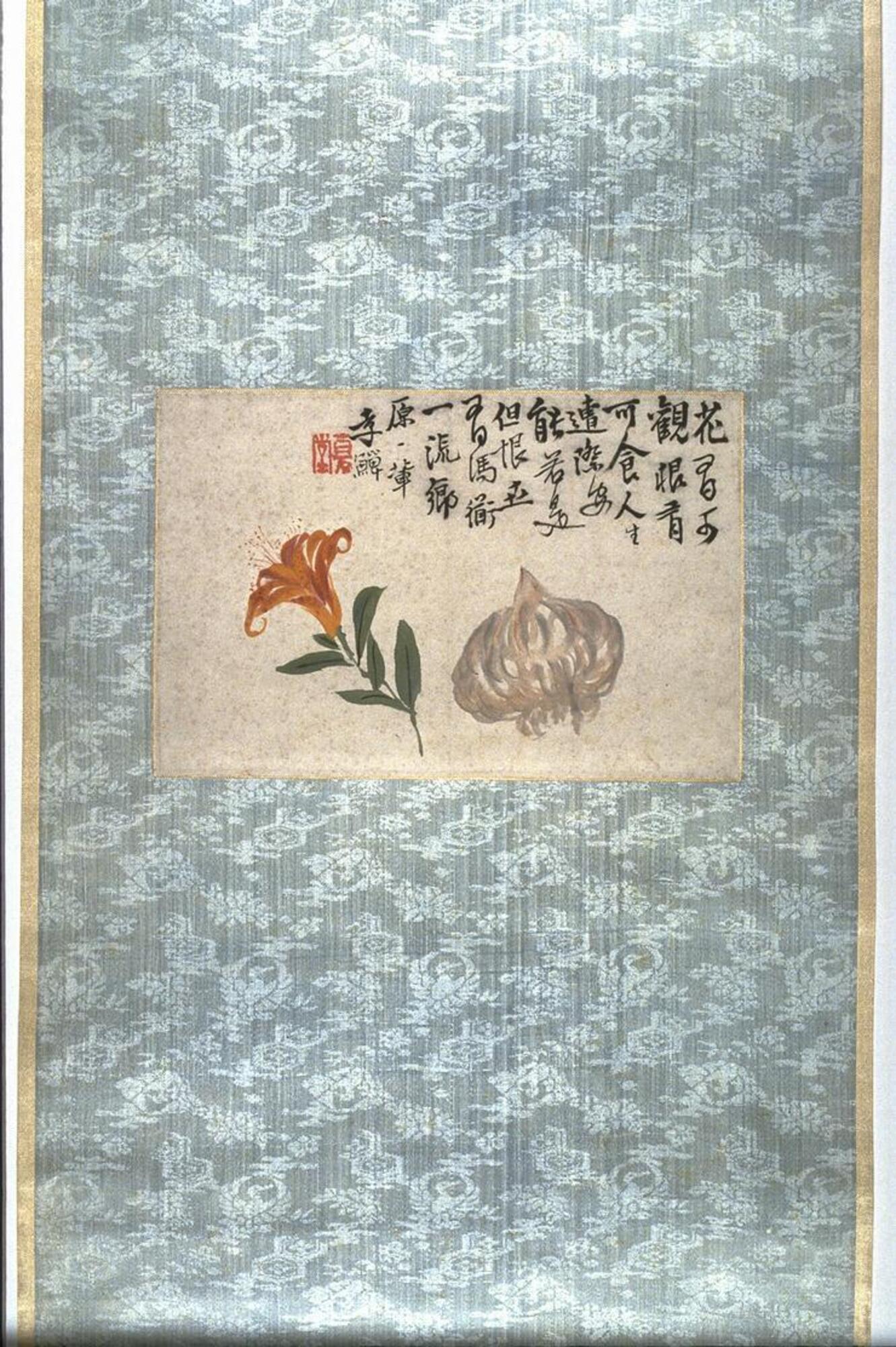 Label copy
Inscription: While its blossoms are pleasing to look at, its bulb is pleasing to eat … Li Shan
Seal of the artist
Li Shan, a native of the Xinghua district in southern China (near the metropolitan center of Yangzhou), was born to an affluent family and given a classical education, proper for an aspiring government official. At the age of 27, he wrote a poem which won him a position at the court of the Manchu Kangxi Emperor (r. 1661–1722). A mere four years later, however, he was dismissed for his role in arguing an unpopular position, and returned to him home district an embittered man. After Kangxi's death, Li returned to Beijing, and in 1737, after Kangxi's grandson Qianlong (1735–96) took the throne, he finally won a minor official position.
Although this work is not dated, the dark mood of the inscription suggests that it was painted during Li Shan's period of disenchantment: it reads,
The lily's blossoms are pleasing to look at, and it's bulb is delicious to eat.
Why are life's vicissitudes not this pleasant?
Regretfully, there are hypocritical people ...
Another painting from the same album as 'Day Lily and Bulb' in in the collection of the Historical Museum, Beijing.

Ink and Realisms
(Part of: Artist Associations and Art Movements)