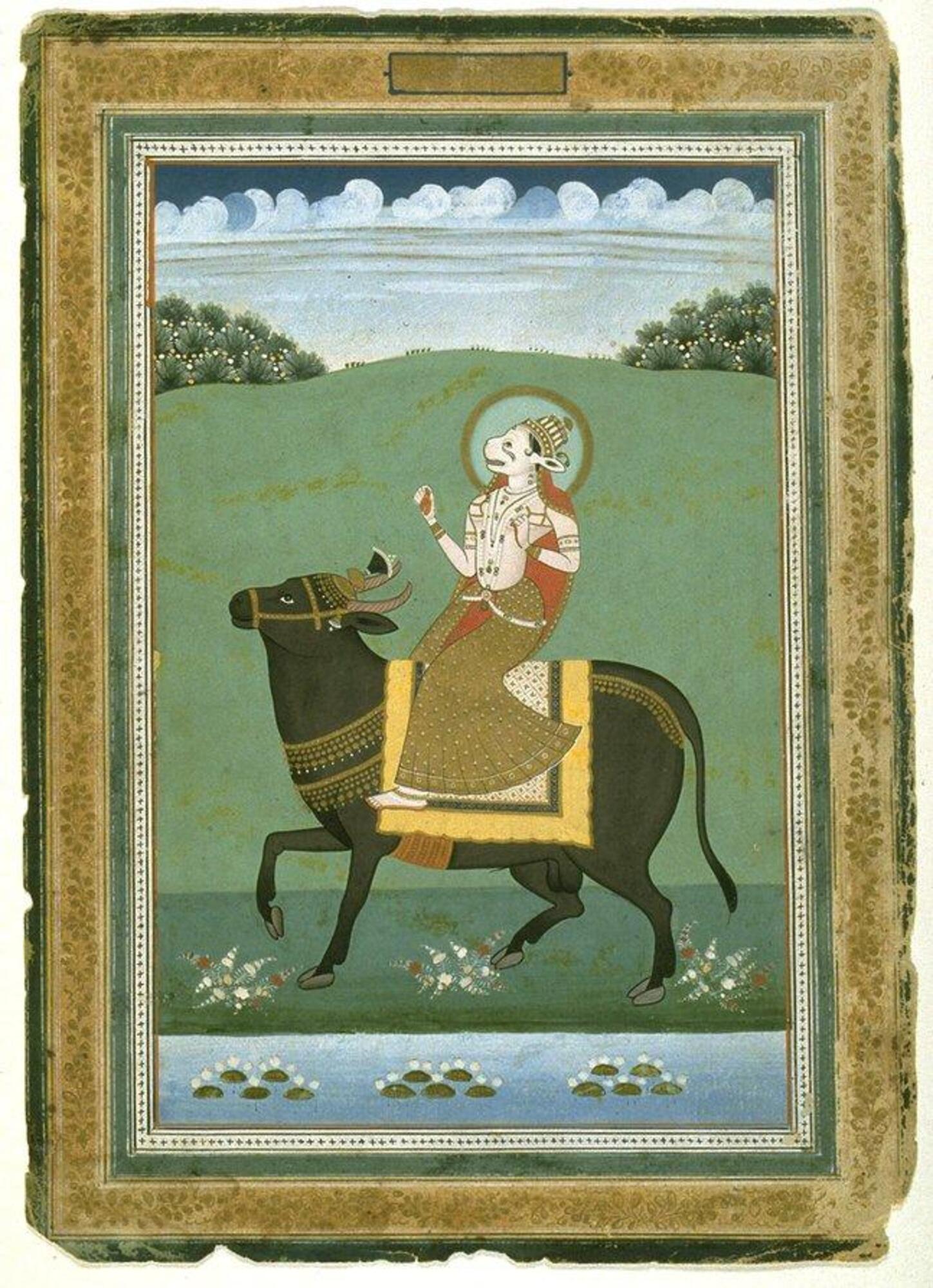 Label copy
Gallery Rotation Winter 2013
Iconography series: Brisha (Female monkey, riding a bull)
India, Rajasthan, Jaipur School
19th century
Ink, opaque watercolor, and gold on paper
Gift of Professor Walter M. and Nesta R. Spink, 1988/1.82
Punjikasthala was a young, obedient, good natured and beautiful apsara (a celestial maiden) said to have lived in the ashram of Sage Brihaspathi. One day she disobeyed the sage, who turned her into the monkey Anjana, in which form she was to remain until she met an incarnation of Lord Shiva. Anjana became entirely devoted to Shiva and finally her constancy was rewarded when Vayu, the god of the wind, caused her to give birth to Hanuman (also known as the Monkey King), an avatar of Shiva, freeing her from the sage’s curse. Since in Indian culture the bull embodies sexual energy and fertility, this scene is perhaps a representation of Vayu’s introduction of Hanuman into Anjana’s womb.

Subject matter
This is apart of an iconography series which examines Hindu deities and the objects and animals often associated with them. In this image Anjana is seen mounted on the back of a bull. The bull embodies sexual energy and fertility, this scene is perhaps a representation of Vayu’s introduction of Hanuman into Anjana’s womb.

Physical Description
Two figures, Anjana and a bull are depicted centrally in the image. The background is very simple with some grass tufts and a pond near the very bottom of the images. Near the top of the image in the background there some trees and sky are visible.