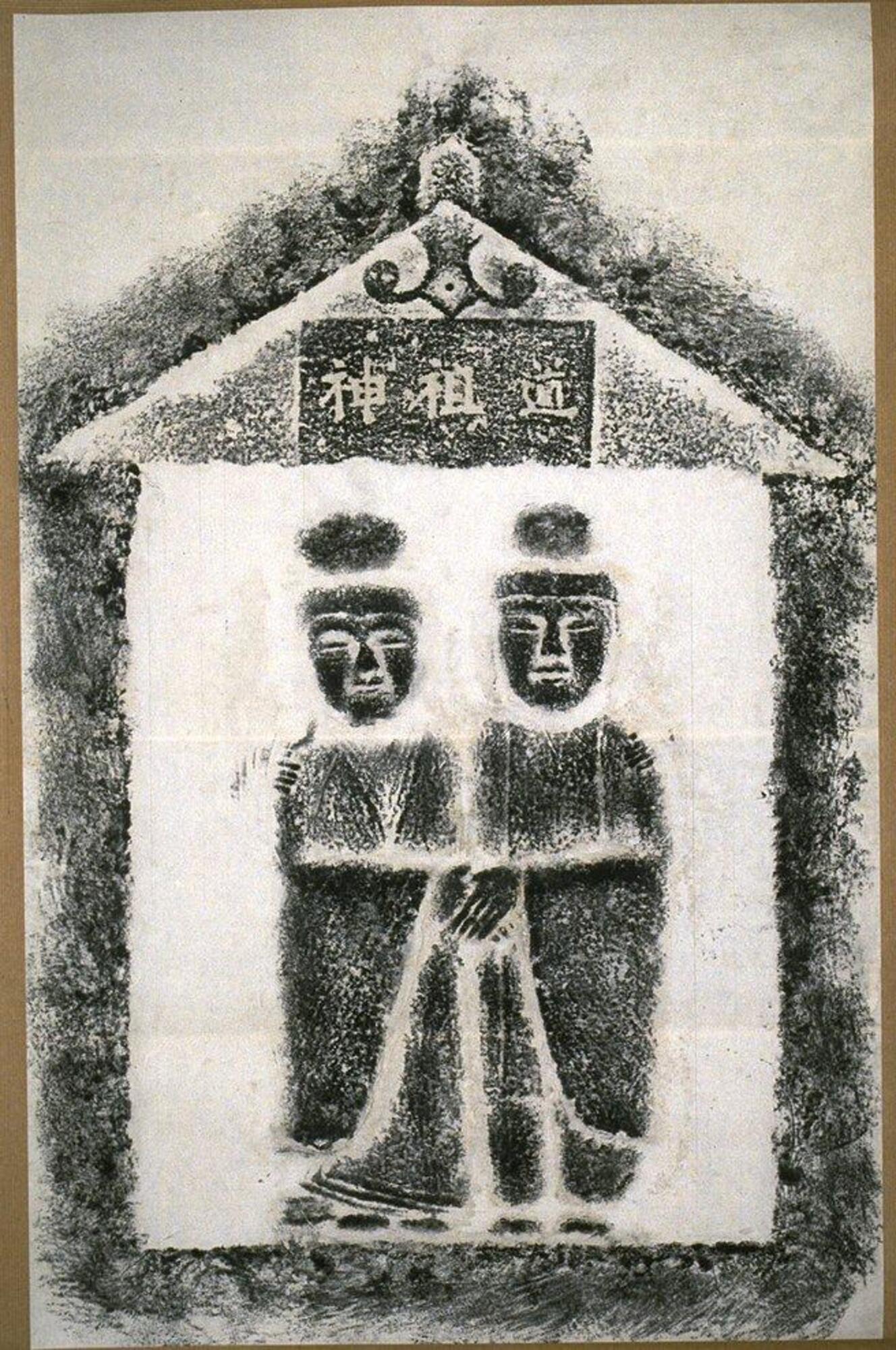 Label copy
This rubbing depicts Dôsojin, a generic name for certain deities worshiped throughout Japan and especially in Nagano prefecture. The deity seen in this rubbing is usually depicted as a male and female pair. Here the figures are human, but
sometimes they are depicted as tall, round stones, or as symbols representing the male and female aspects. Jizo statues depicting a bald monk, common throughout Japan, are also considered Dôsojin. Because Dôsojin are considered to be protectors of boundaries, travelers, and villagers, shrines to and images of this deity are located throughout the Kanto region. In premodern Japan, when these statues and structures were made, traveling by road was dangerous. Journeys could take
weeks and along the way travelers would be subjected not only to the elements, but to roving groups of bandits, who also attacked villages. Images of Dôsojin were erected along the roads and in villages in the hope that they would protect people from both supernatural forces and the dangers of the physical world.

Subject matter
This man and woman are Dosojin, a deity worshipped for protection. They protect boundaries, travelers, and villagers, and shrines with their images are located throughout the Kanto region. It was believed that Dosojin would protect from both physical and supernatural dangers.

Physical Description
An image of two figures holding hands under a roof. The figures also have their arms wrapped around each other's shoulders. There is writing on the roof with the kanji for 'kami' 'ancestor' and 'road'