Food is Ammunition--Don't Waste It 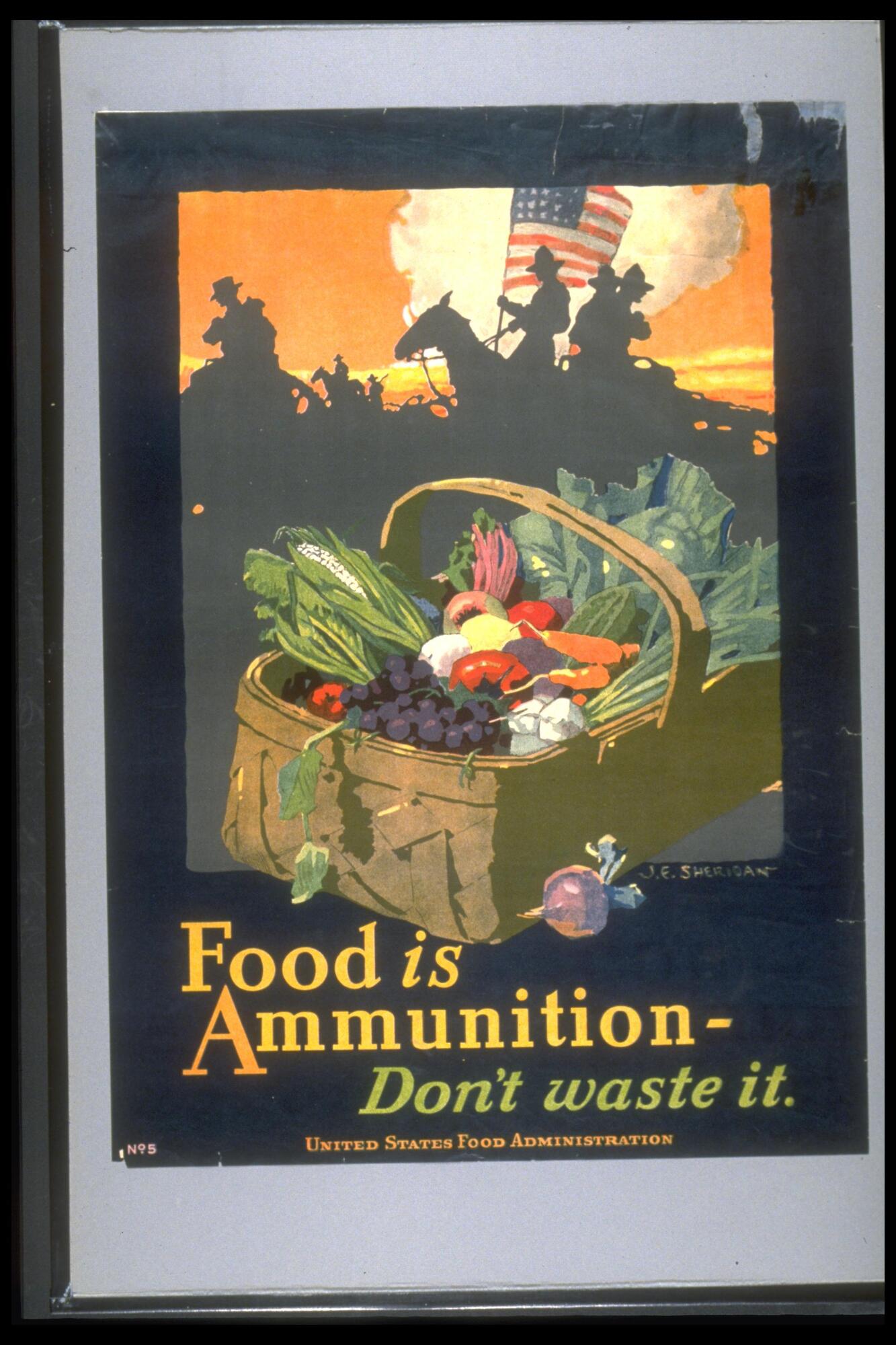 Title
Food is Ammunition--Don't Waste It

Label copy
Price correctly saw that the poster's greatest strength lies in its directness which creates an immediate awareness for what was a major problem during the War--food shortage. To counter the continual sinking of food laden ships by the enemy, food conservation became a necessity. The U.S. Food Administration's major task was to find efficient means of propaganda to instill wartime patriotic fervor and a spirit of self-sacrifice in order to impress in every American's mind that it required the efforts of all citizens to conserve the food so vital to the war effort. In this campaign, too, as in so many others, the poster became central. What is interesting and to the lasting credit of the civilian population is that the Food Administration never had to resort to food rationing as did the European nations. Rather, as Herbert Hoover, then head of the Food Administration, said, "My colleagues and I… believe that the spirit of self sacrifice of the American people could be relied upon for so great a service as to accomplish the necessary results upon a voluntary basis."