I Want You for the Navy - Promotion for anyone enlisting, apply any recruiting station or postmaster 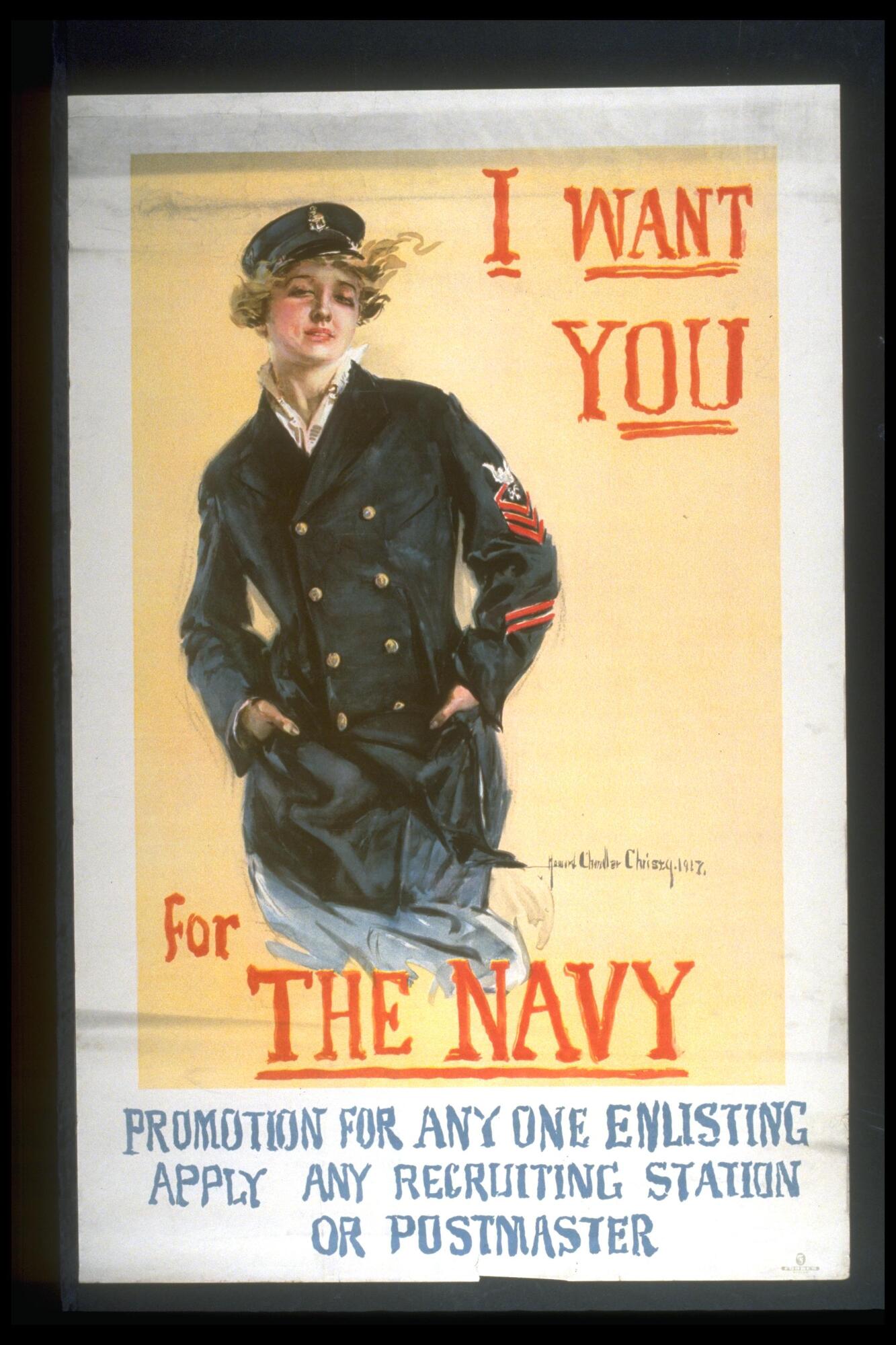 Title
I Want You for the Navy - Promotion for anyone enlisting, apply any recruiting station or postmaster

Label copy
The young, lovely, coquettish girls of the type used in this poster are the invention of the artist Howard Chandler Christy and, like their predecessors, the Gibson Girls--after Charles Dana Gibson--take the name of their inventor. In this poster, Christy gives a twist to the theme and slogan first used by the British artist Alfred Leete in his World War I recruiting poster showing the British General Lord Kitchener pointing his finger directly at the viewer and saying, "Your Country Needs YOU." This widely imitated poster was first adapted in the Untied States by James Montgomery Flagg. Flagg replaced Lord Kitchener with Uncle Same and simplified the slogan for his famous "I WANT YOU" poster which is also included in this exhibition (no. 9). Christy's poster uses the same theme but substitutes the Christy girl for Uncle Same and as a result gives a double meaning to the caption "I Want You!" The text is in two parts: to the right and below the figure in deep orange, and in blue below the figure and within the white border which edges the entire poster. The colors, very warm and soft, have been carefully chosen and seem to heighten the poster's effect and the message implied by the sensuous "come hither" glance as the Christy Girl directly appeals to potential enlistees in a historic female way.