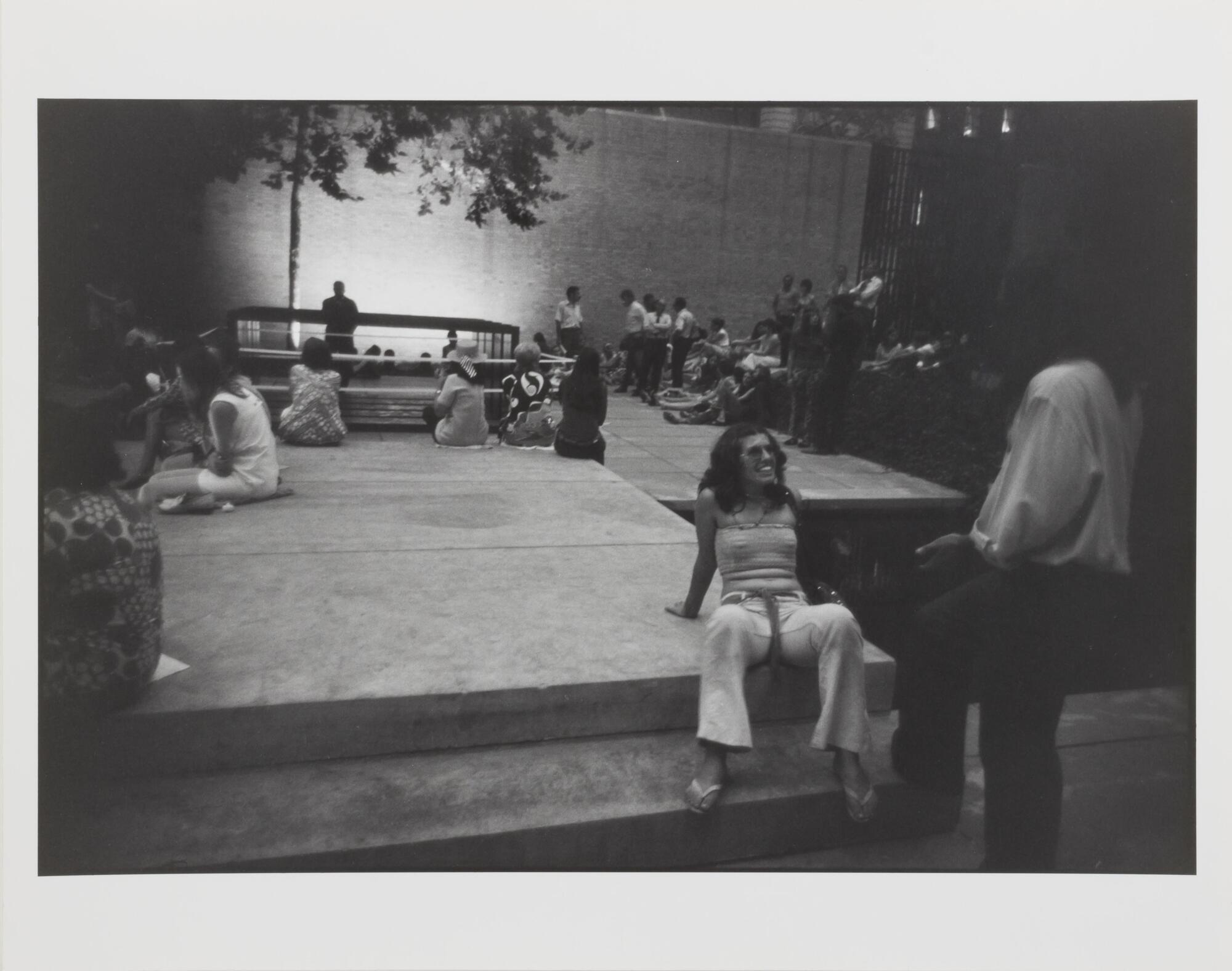 This photograph shows a group of men and women lounging and chatting—some sitting, some standing—on a low stage. Taken at twilight, the scene is dimly lit by lights in the center. The focus of the composition is on a woman in the right foreground, sitting with her legs spread and hands leaning back on the ground behind; she looks up, smiling and engaged in a conversation with a man standing, whose face is obscured by the darkness.