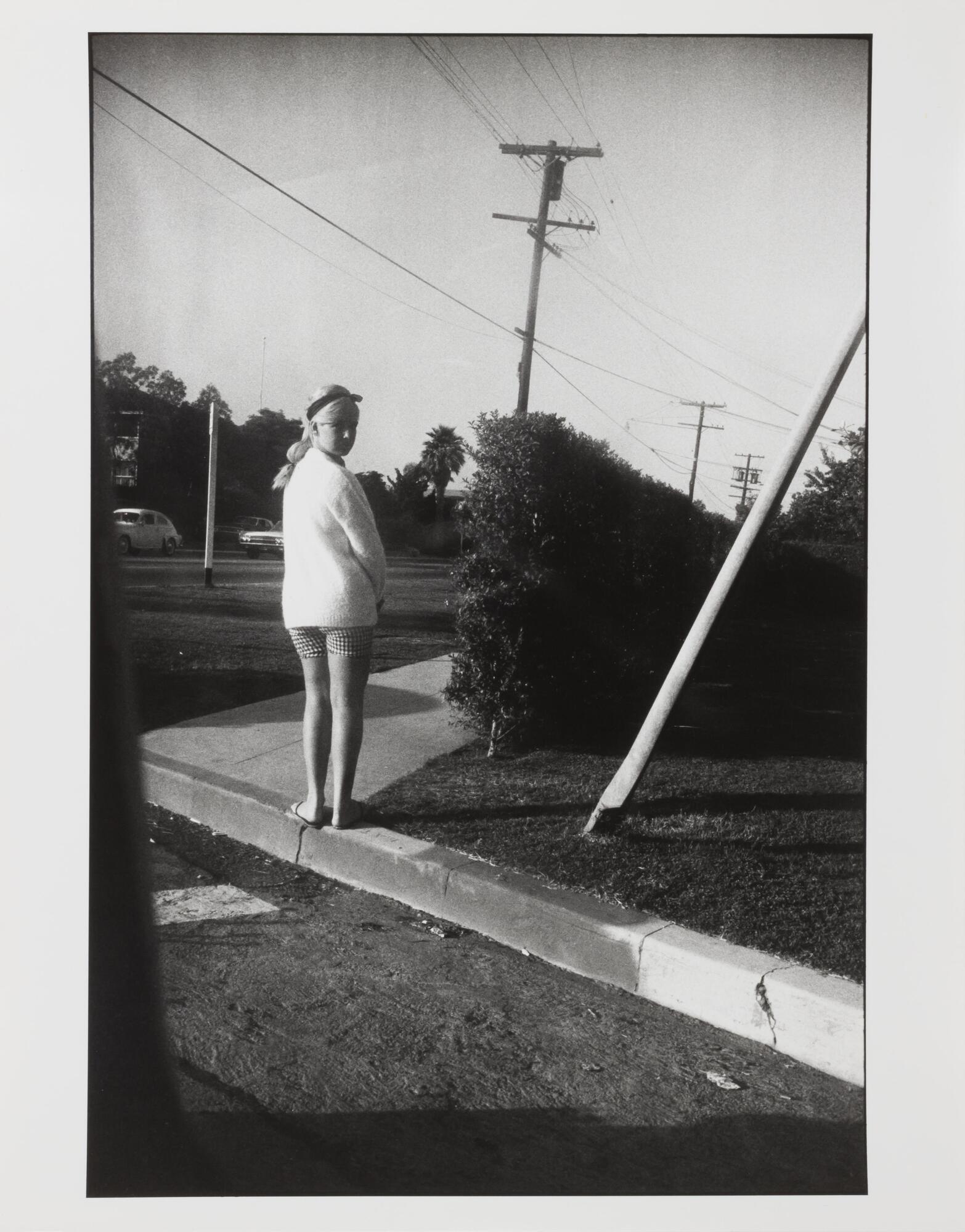 This photograph shows a girl, dressed in a white sweater and shorts, standing on the curb, looking over her shoulder to meet the camera's gaze. Her stolidity is accentuated, as her strictly vertical pose stands in contrast with the leaning utility poles and a skewed tall grassy hedge behind her. The photograph appears to be taken from inside a car, as the edge of the car's window is visible on the left edge of the image, while a short shadow is cast across the foreground of the image.

Physical Description
Photograph of a girl standing on the curb, looking over her shoulder to meet the camera's gaze.