Two men on a camel 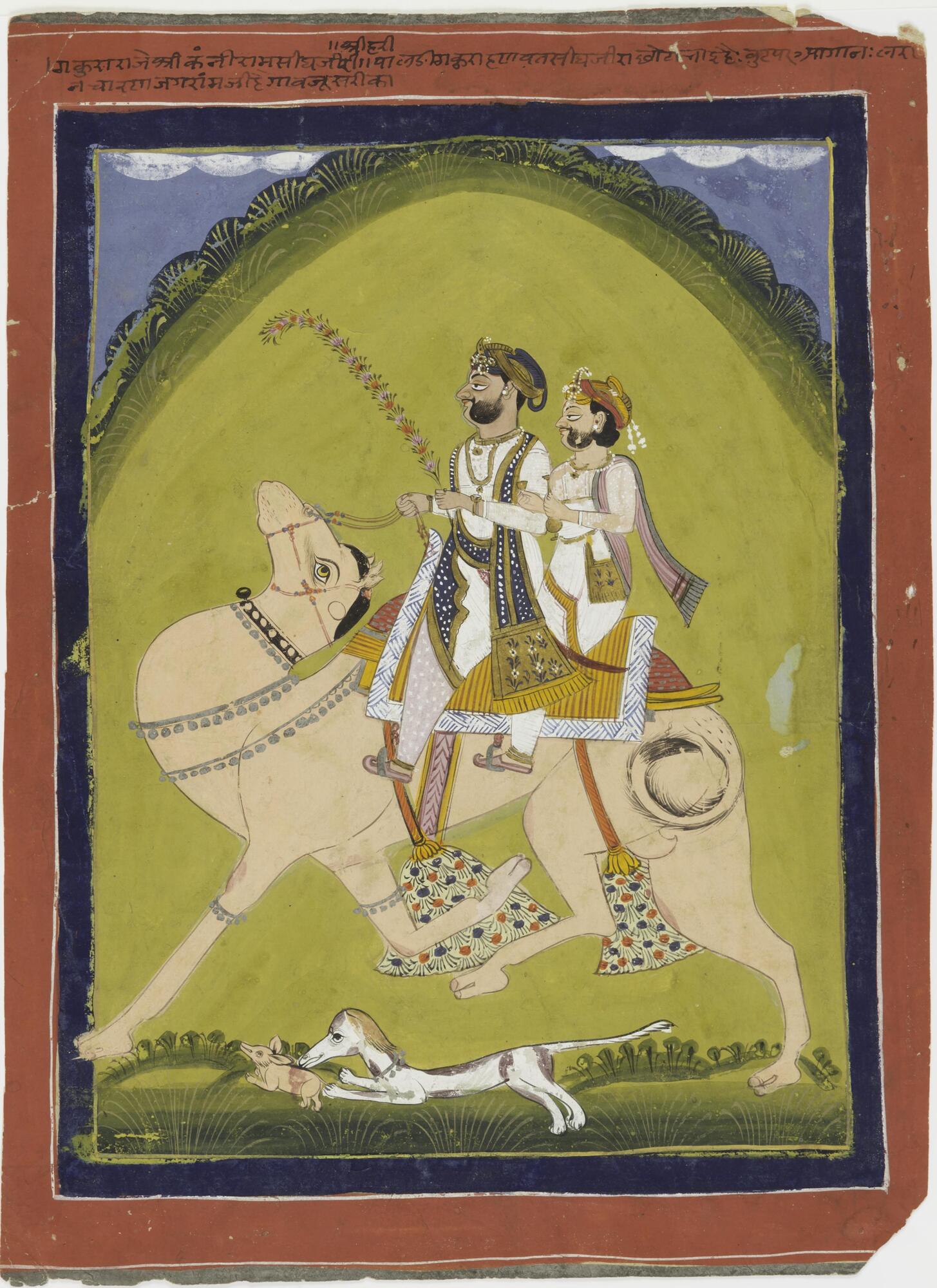 Title
Two men on a camel

Label copy
Gallery Rotation Winter 2013
Two Men on a Camel
India, Rajasthan, Marwar, Jodhpur
Mid-19th century
Ink, opaque watercolor, and gold on paper
Gift of Professor Walter M. and Nesta R. Spink for the James Marshall Plumer Memorial Collection, 1980/2.246
In this painting, two richly attired courtiers are shown out for a ride on an overdressed and self-important camel; they appear to be oblivious to the antics of their hunting dog, who attacks a rabbit. Given the specificity of the men’s faces, this may be a double portrait, but their identity has yet to be ascertained.

Subject matter
Two men, equally overdressed, ride a self-important camel. Underneath them their hunting dog attacks a rabbit. Behind them is a tree-covered hill in the background. Given the specificity of the men’s faces, this may be a double portrait, but their identity has yet to be ascertained.

Physical Description
Three main figures (two men and the camel they are riding) are brought to the foreground because of the contrast between their light colors against the stark green hill. The hill dominates the background leaving only a little bit of blue sky visible in the top corners. Underneath the main figures a secondary white dog and rabbit are also prominent.