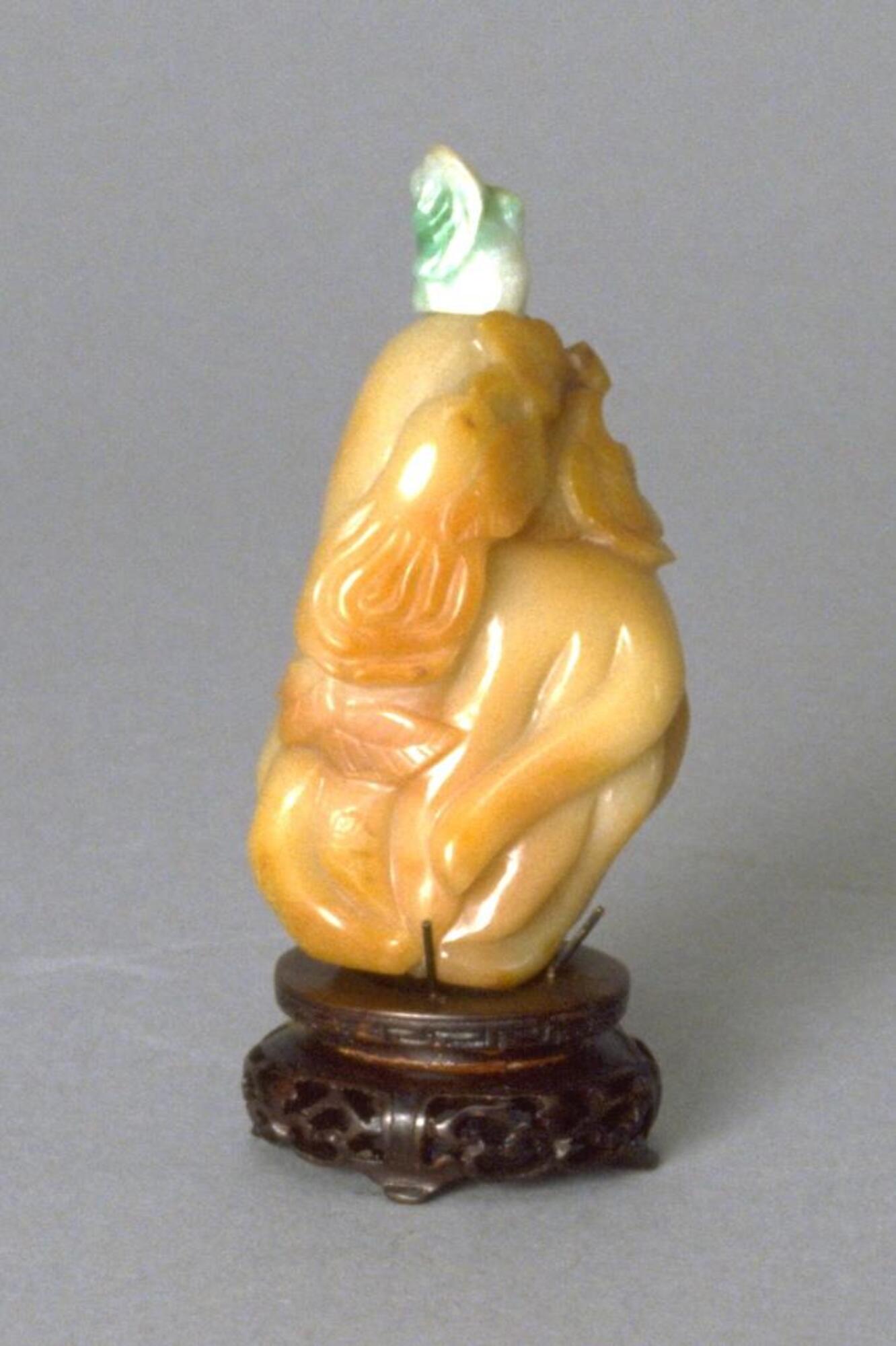 Object Creation Date
circa 1st half of 20th century

Physical Description
An agate snuff bottle in the shape of a citron fruit. On the top is the jadeite stoppers.