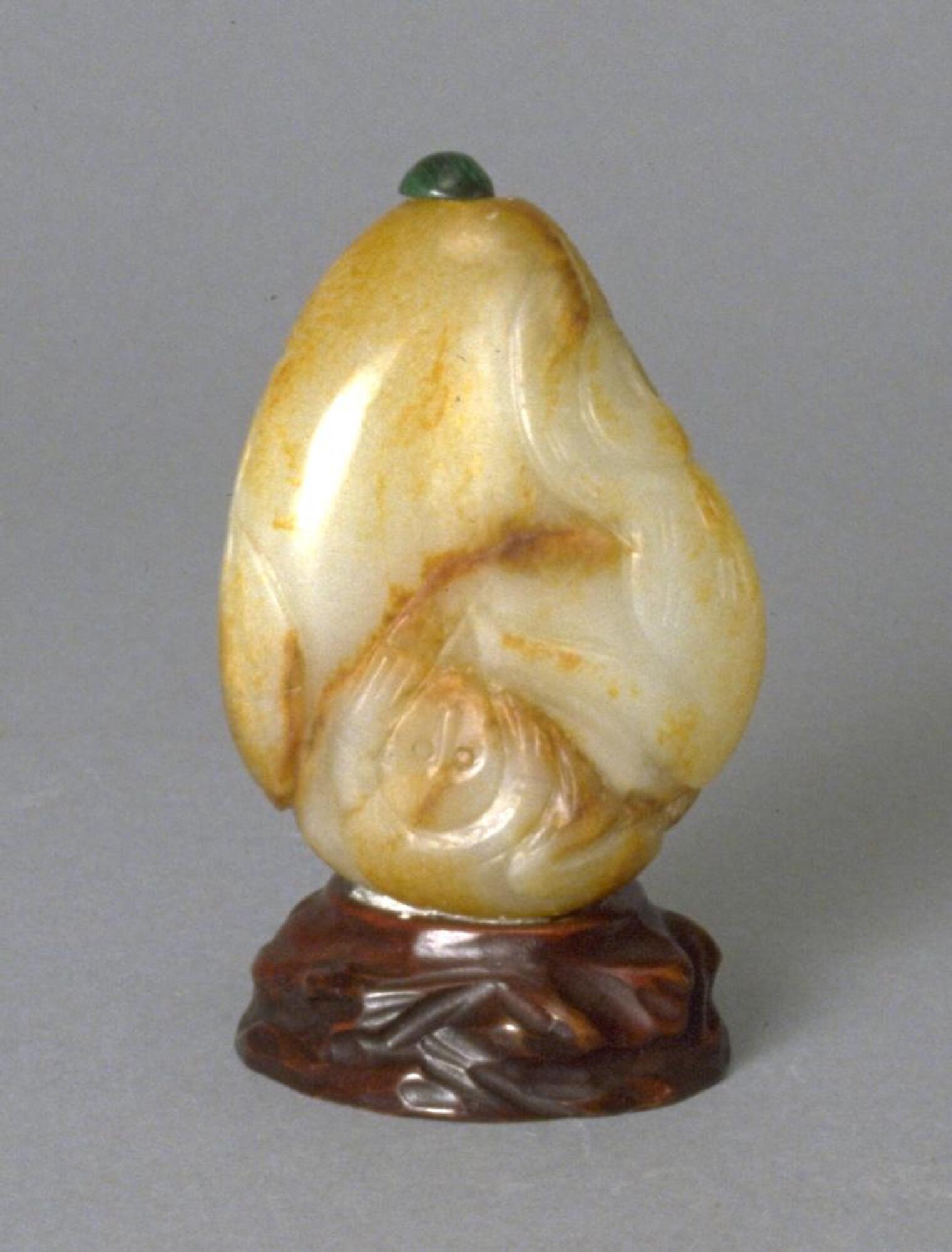 Physical Description
A brown, white, and yellow colored nephrite jade snuff bottle with carvings of a monkey and fish.