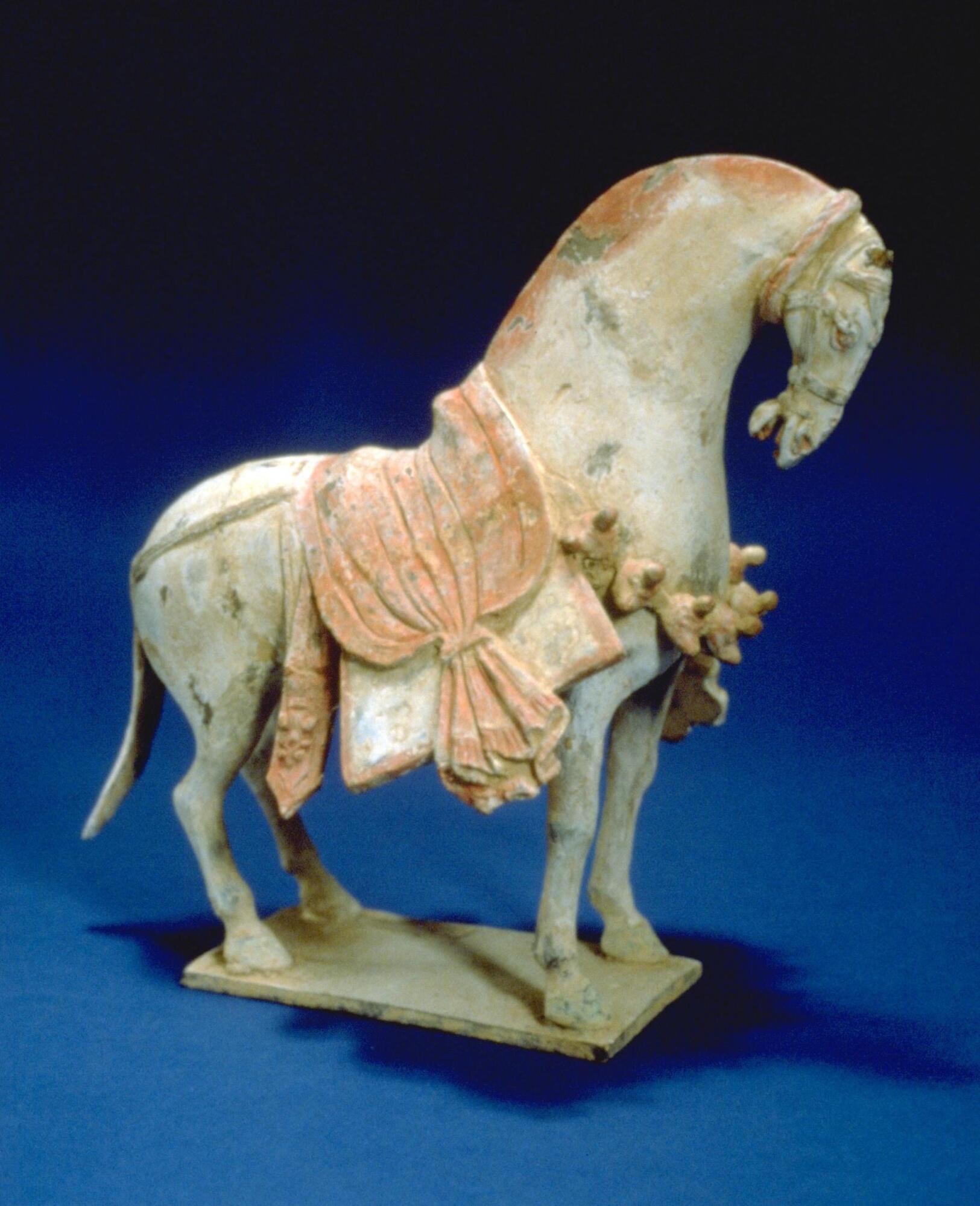 Label copy
March 28, 2009
China’s trade with regions to its west began in earnest in the second half of the second century CE, spurred by the keen interest in foreign goods and culture by emperors of the late Han dynasty (206 BCE–220 CE). One vital import was the fast horses of Ferghana and Sogdia (present-day Uzbekistan), essential to the success of the Han armies over chronic nomadic invaders from the north. Military officials adorned their tombs with sculpted figures of horses like this one and their red-haired, bearded Sogdian grooms, displayed adjacently.
This molded horse dates from the Eastern Wei, one of the short-lived six dynasties that ruled a decentralized China following the collapse of the Han Empire. The Wei was a tribe of Mongolian peoples whom the Chinese called Tuoba or Toba. The horse stands at arrested attention on a flat base and has the small head, thin legs, and long curved neck characteristic of the breed. His rump slumps under the weight of the richly embellished saddle clothes.

Subject matter
The elegant, long-legged horses of Ferghana and Sogdia (ancient Central Asian kingdom in the region of modern Uzbekistan) were essential to the success of the Han armies over northern nomads. It became common for Chinese military officials to adorn their tombs with sculpted figures of both imported horses and their red-haired, bearded Sogdian grooms.

Physical Description
Ceramic figure of a horse standing on a thin ceramic base, which a high-arched neck and a vertical head; large saddle with tassels; traces of orange-ochre, pink red and white pigments