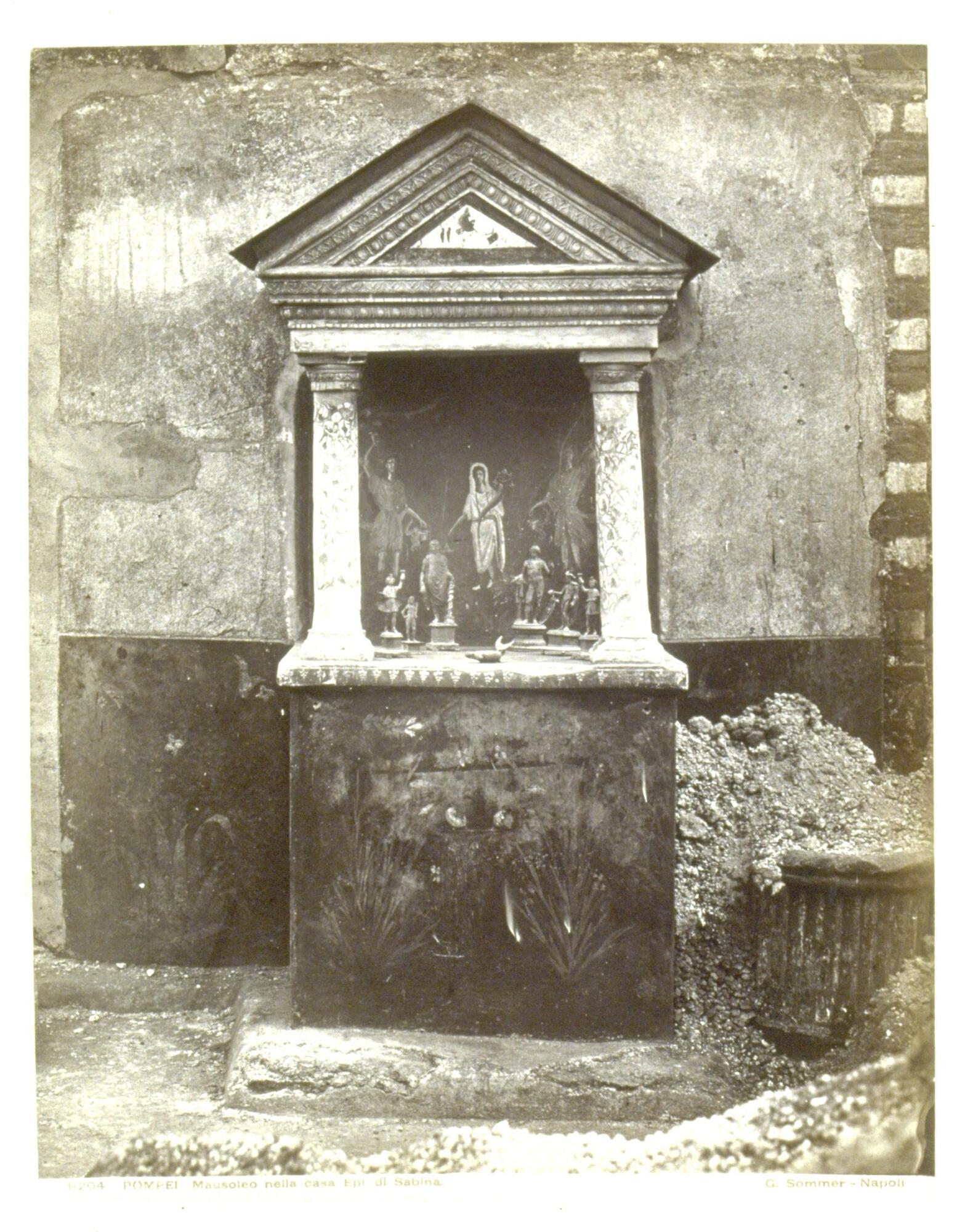 Credit Line
Transfer from the Kelsey Museum of Archaeology

Subject matter
Centrally composed, this photograph depicts a head-on view of an ancient Roman shrine in the ruins of Pompeii protruding from a textured, battered wall. The shrine has the appearance of a small building’s façade, with two ornate columns supporting a roof with a geometrically patterned-frieze. Framed within the shrine is a fresco painting, pocked and scarred with age, showing three figures, a female with a white robe at its center. Arranged in front of this painting is a collection of small statuettes, each appearing to be have been cast in bronze. Located inside of what would have been a large, stately house in ancient Pompeii, this collection is a lararium, a kind of domestic shrine to guardian spirits that would protect one’s home. This knowledge lends a somber note to the subject, as Pompeii was famously destroyed by the volcanic eruption of Mount Vesuvius in 79 AD, burying the city and its inhabitants in a thick layer of tuff and ash, lending to the blasted appearance of the walls and ground on which the shrine sits. According to an inscription on this photograph’s verso, excavations of this house began in 1866. The ruins of Pompeii and Herculaneum were a subject of great curiosity to photographers like Giorgio Sommer, who created photos that strove to encapsulate both the wonders of antiquity and the destructive power of the earth.

Physical Description
This photograph depicts a head-on view of an ancient Roman shrine.