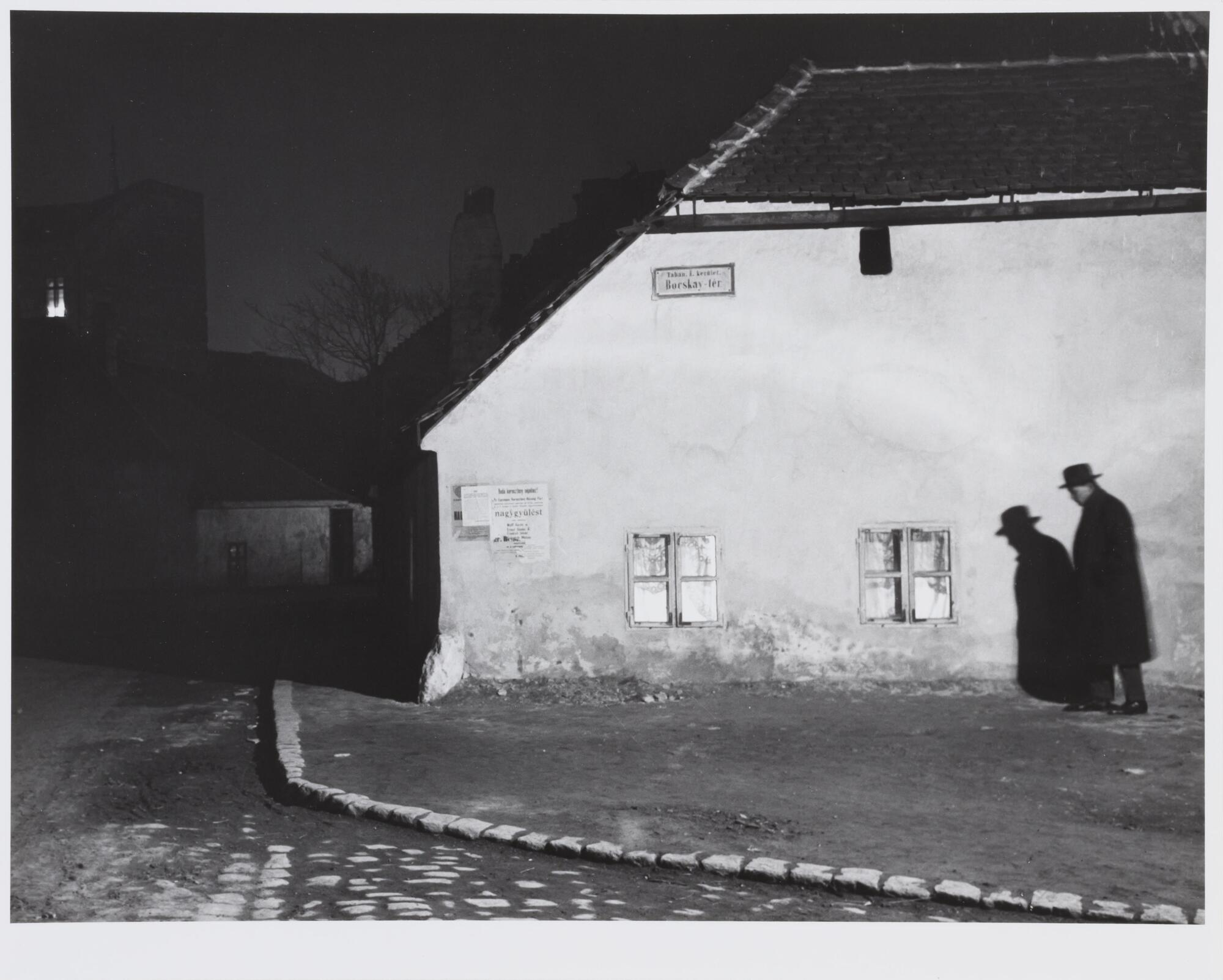 Subject matter
In this photograph of a man walking along a dirt road on the Bocksay-tér in Budapest, Kertész accentuates the contrasts between light and shadow to heighten the ambiguous mood of his scene. Against the bright white wall of a building, lit from an unseen source, the solitary man's shadow functions as his double, a twinning of visual form that is repeated in the two glowing windows on the wall just in front of him. In the background, one can barely make out the shapes of other buildings and the skeletal branches of a tree just perceptible against the deeply pigmented sky. This image was included in a portfolio of 15 photographs entitled "A Hungarian Memory," which was published by Hyperion Press in 1980.

Physical Description
Photograph of a man in an overcoat and hat walking close to the side of a house, with his shadow projected on the wall beside him.