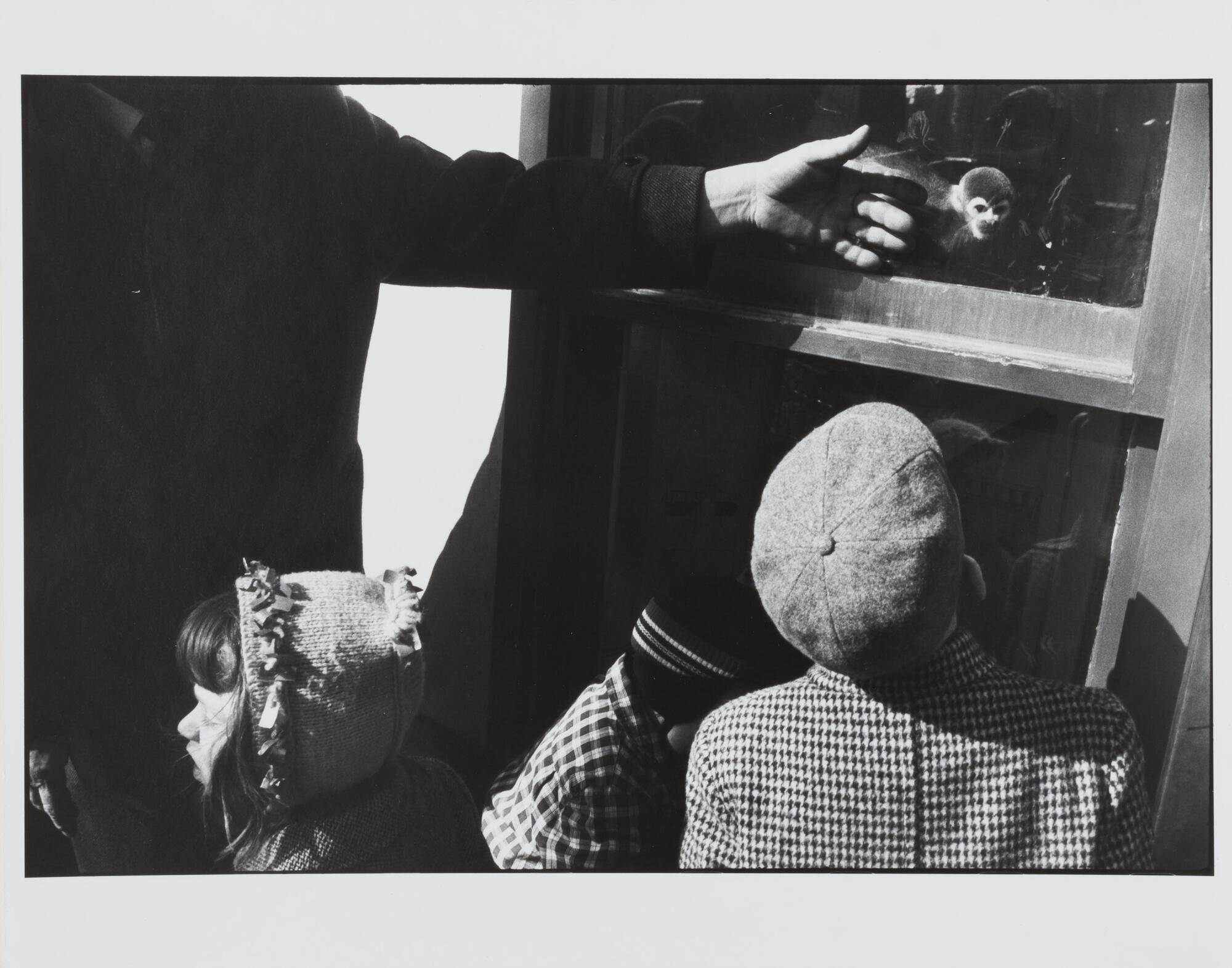 Subject matter
This photograph depicts a scene at New York City’s Central Park Zoo, in which a man shows a trio of children an animal display. The man’s face is cropped out of the frame, his dark coat framing the left side of the composition. The children wear hats and coats made of plaid and houndstooth patterns. The man’s arm is raised up and gesturing to a window in the wall that they face, behind which is perched a small monkey. The man’s fingers graze the smudged glass of the window, and cast a shadow onto the monkey's body. The little boy to the right looks up at the monkey, while the other two children look away distractedly, one at the ground, the little girl off to the side. The closely cropped composition highlights a small moment of encounter between the children and the animal.

Physical Description
This photograph depicts a man gesturing towards a glass window display, directing the gaze of three children wearing hats and coats. Behind the glass is a tiny monkey.