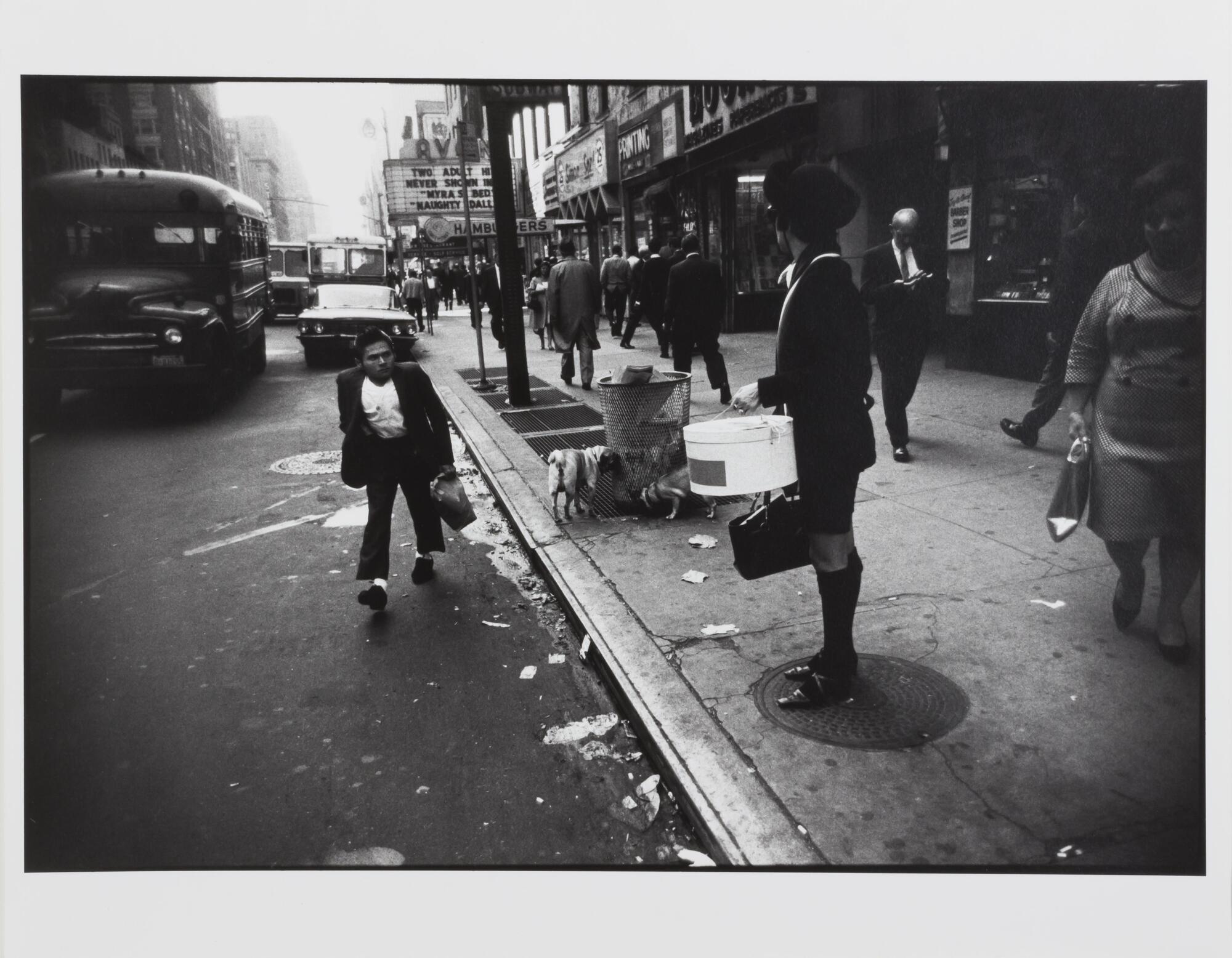 Label copy
Because Winogrand's photography focused on people he encountered on the streets—particularly the streets of Manhattan—his work vividly captured the style and ethos of the 1960s and 1970s. Being himself from New York, Winogrand created images of people on the avenues and streets of the City that have a sureness born of working on familiar turf. Catching most of his subjects unawares, Winogrand allows little interaction among figures; most of the inhabitants proceed in a cocoon of self-containment.
Carole McNamara, Assistant Director for Collections & Exhibitions
on the occasion of the exhibition New York Observed: The Mythology of the City
(July 13 – September 22, 2003)

Subject matter
This photograph depicts a scene of a busy street in New York City. Looking down the length of a dirty street, the frame is filled with darkly dressed pedestrians, storefront advertisements, busses, and parked cars. A theater marquee in the distance displays the titles for pornographic films. Two pugs sniff the outside of a grated trash can. Flecks of litter lie strewn up and down the curb of the street. The main focus of the image however is on two figures in the foreground. One is man of small stature in a suit and white shirt who is stepping across the asphalt clutching a bag. Hand in pocket, his shoulders are haunched and appears to be looking at the person to his left standing on the sidewalk. The person at which he looks wears a dark coat, a brimmed hat, shorts, long dark socks and shoes. The person’s face is turned away from the camera, and holds a white hat box and a dark case. The corners of the image are vignetted with shadow, which focuses the viewer inwards towards the silent interaction between these two figures.

Physical Description
This photograph depicts an urban street scene in which pedestrians pass one another on a sidewalk lined with storefront advertisements and traffic.