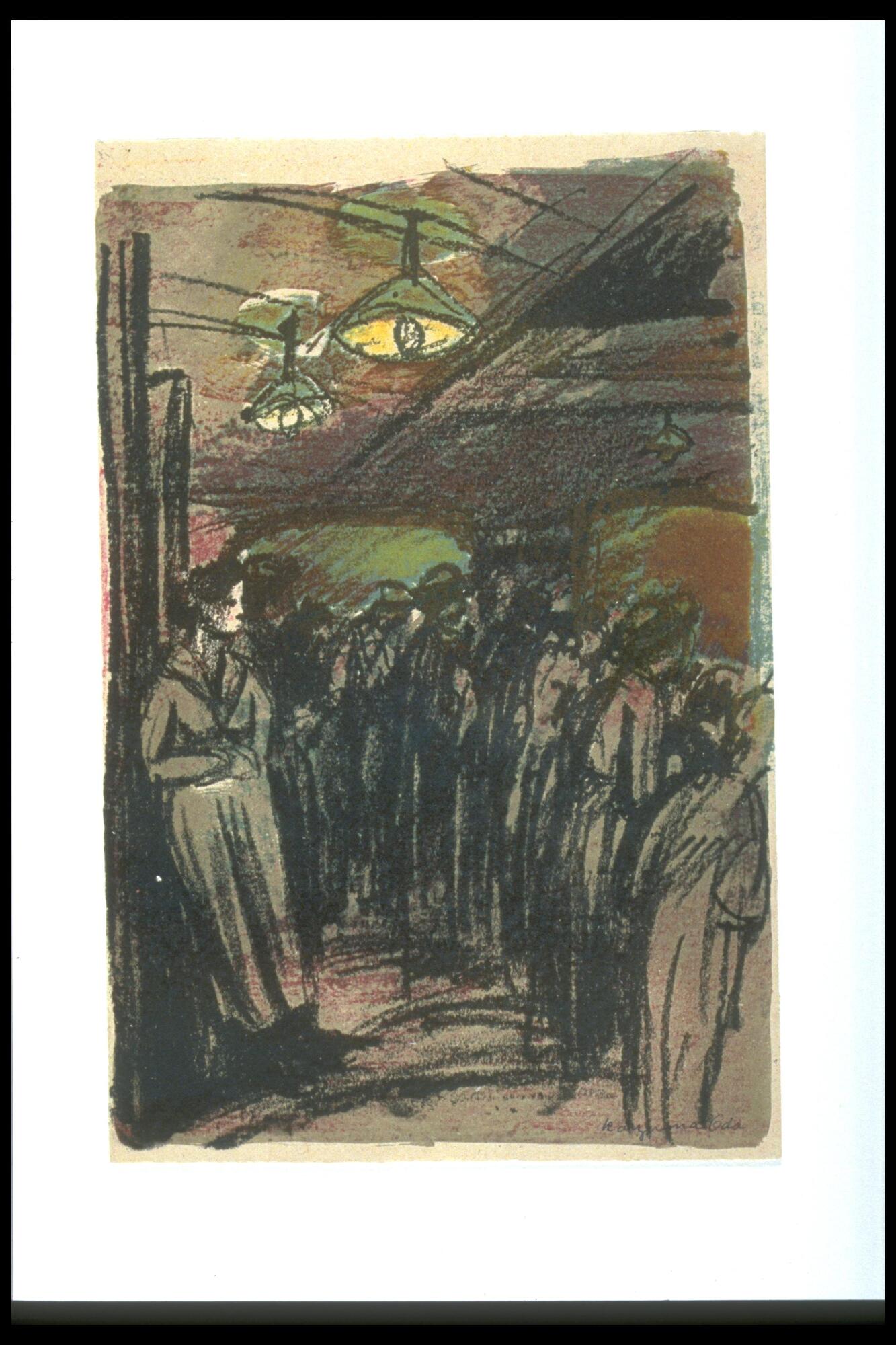 Credit Line
Gift of the artist, through Mr. and Mrs. Yoshito Yamamoto

Subject matter
Oda Kazuma began his career by studying painting. While learning Western-style painting, he became interested in lithography. He was also influenced by his older brother, who was a lithography technician. While first associated with the Shin-hanga style, Oda Kazuma became deeply involved in the Creative Prints movement, or Sosaku-hanga, and in 1918 he was a founding member of Nihon Sosaku Hanga Kyokai. Oda Kazuma focused mostly on lithography, and his painterly style set him apart from his contemporaries. Oda Kazuma was particularly interested in portraying the developing urban landscape in Japan, including this cinema. (From: Fresh Impressions: Early Modern Japanese Prints)

Physical Description
In thick, sketchy lines, this print portrays a scene in which one figure leans against a wall on the left, and a crowd of people look over a balcony on the right. The top half of the composition is taken up mostly by a ceiling with two lamps with bare bulbs hanging from it.