In the Imperial Theater (Teigeki nite) 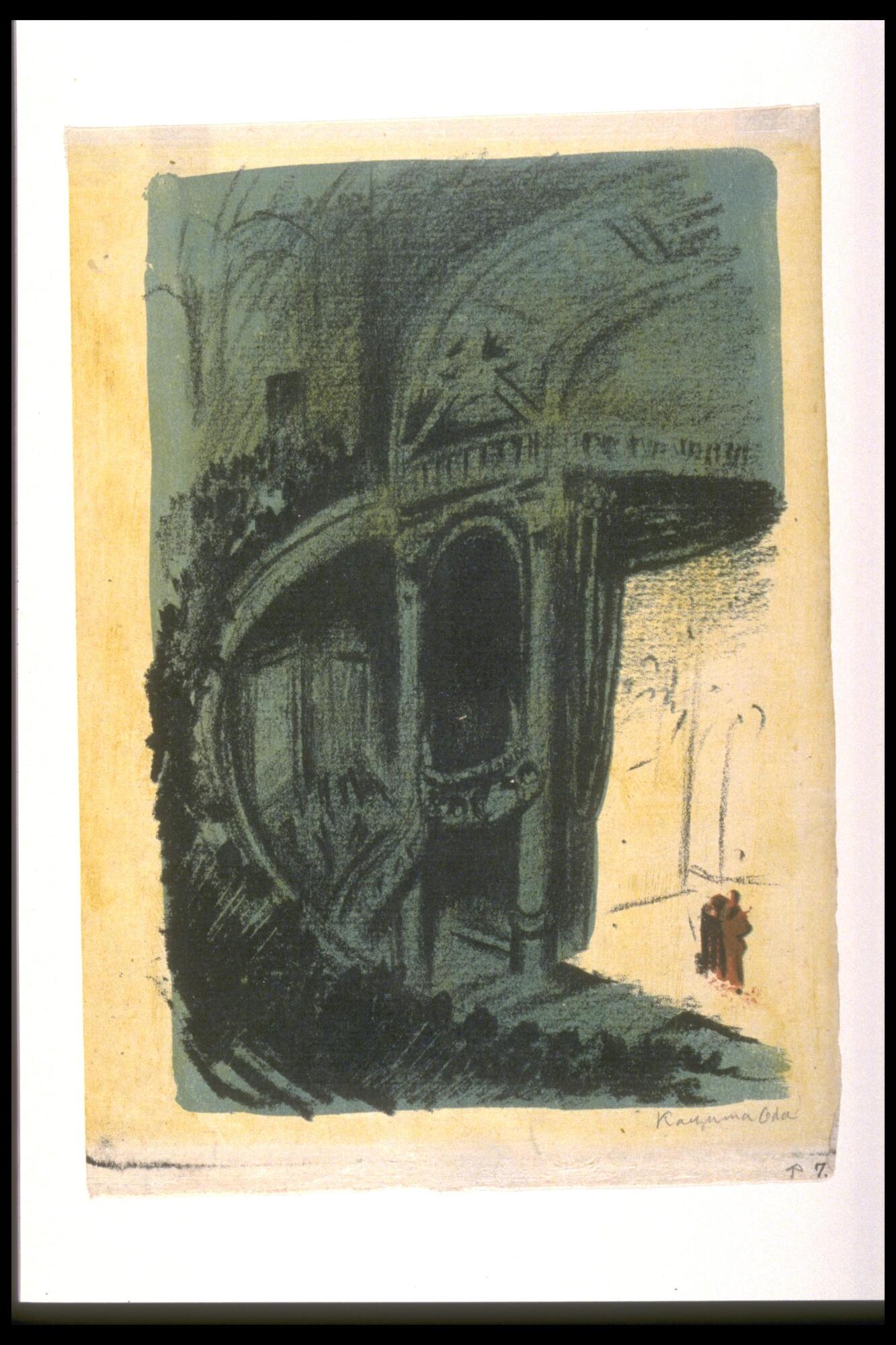 Credit Line
Gift of the artist, through Mr. and Mrs. Yoshito Yamamoto

In the Imperial Theater


Oda Kazuma began his career by studying painting. While learning Western-style painting, he became interested in lithography. He was also influenced by his older brother, who was a lithography technician. While first associated with the Shin-hanga style, Oda Kazuma became deeply involved in the Creative Prints movement, or Sosaku-hanga, and in 1918 he was a founding member of Nihon Sosaku Hanga Kyokai. Oda Kazuma focused mostly on lithography, and his painterly style set him apart from his contemporaries. Oda Kazuma was particularly interested in portraying the developing urban landscape in Japan, such as this view of a theater. (From: Fresh Impressions: Early Modern Japanese Prints)

Physical Description
This print shows a corner of the interior of a theater. A small part of the stage is visible, and two performers stand on the stage. To the left, engulfing the view of the stage, the balconies wind from the lower right to the upper left and fill the top third of the print. The audience is portrayed as dark strokes of seated figures that are not detailed or well defined. The audience sits in darkness.

Rights
If you are interested in using an image for a publication, please visit http://umma.umich.edu/request-image for more information and to fill out the online Image Rights and Reproductions Request Form. Keywords
Japanese (culture or style)
audiences
balconies
balcony
modern and contemporary art
stages
stages (performance spaces)
urban