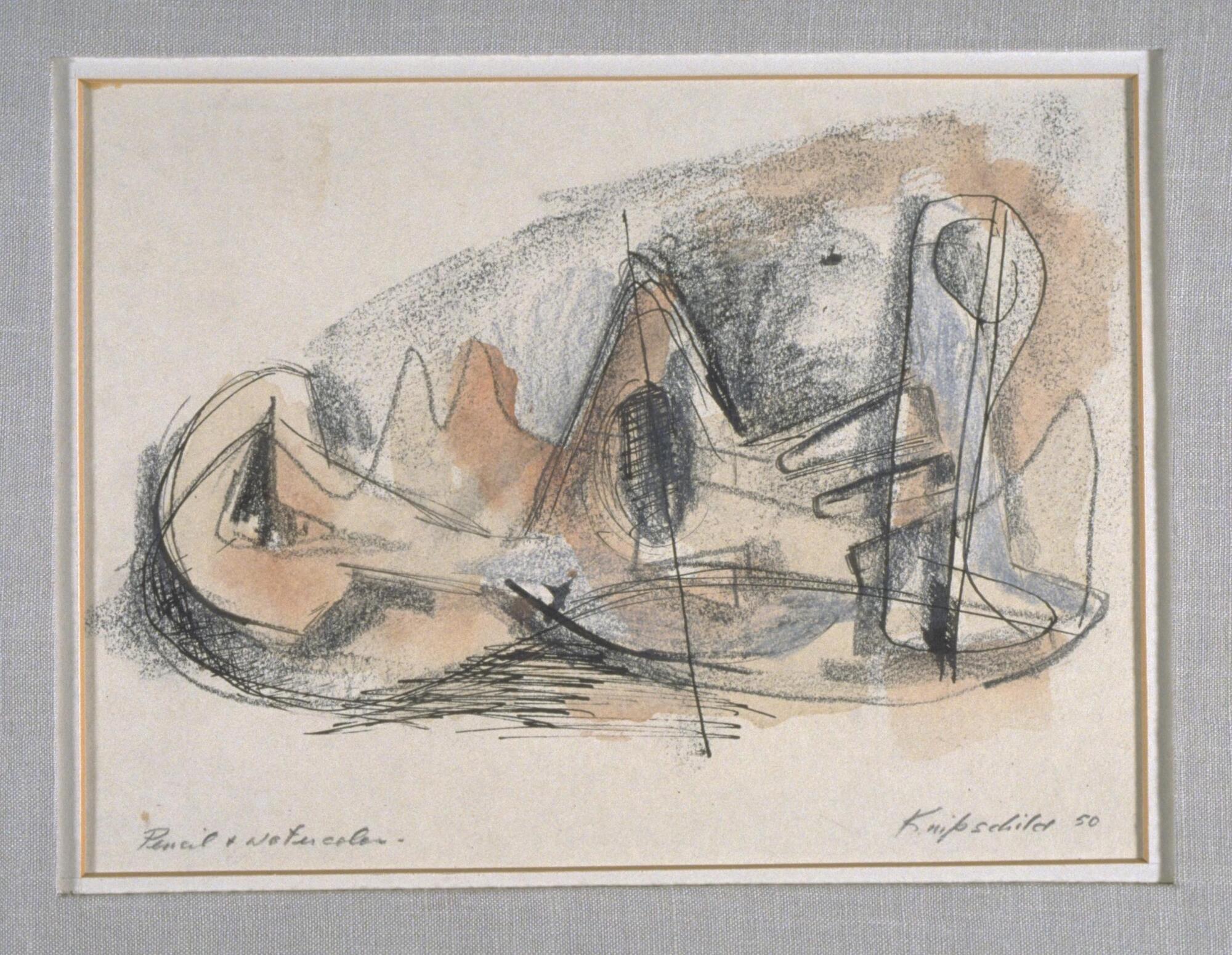 Credit Line
Gift of Mr. and Mrs. Lawrence A. Fleischman

Subject matter
Robert Knipschild made many abstract compositions using watercolors, graphite, and later oil paints. In 1950, the same year this piece was created, MoMA selected one of his paintings for the exhibit, "American Painting Today" and his position in the American art scene was solidified. Knispchild was born in Illinois and he attended the University of Wisconsin and the Cranbrook Art Academy where he worked under Zoltan Sepeshy. He became Director of Graduate Studies in Fine Arts at the University of Cinncinnati in 1967.

Physical Description
This black, grey, and brown abstract composition, in the manner of Cubist still lifes, includes several peaked forms. Within the peaked forms are a black triangle, and a black cyllindrical shape. Behind the figures is a dark shadow.