Carnelian snuff bottle in the shape of a carp 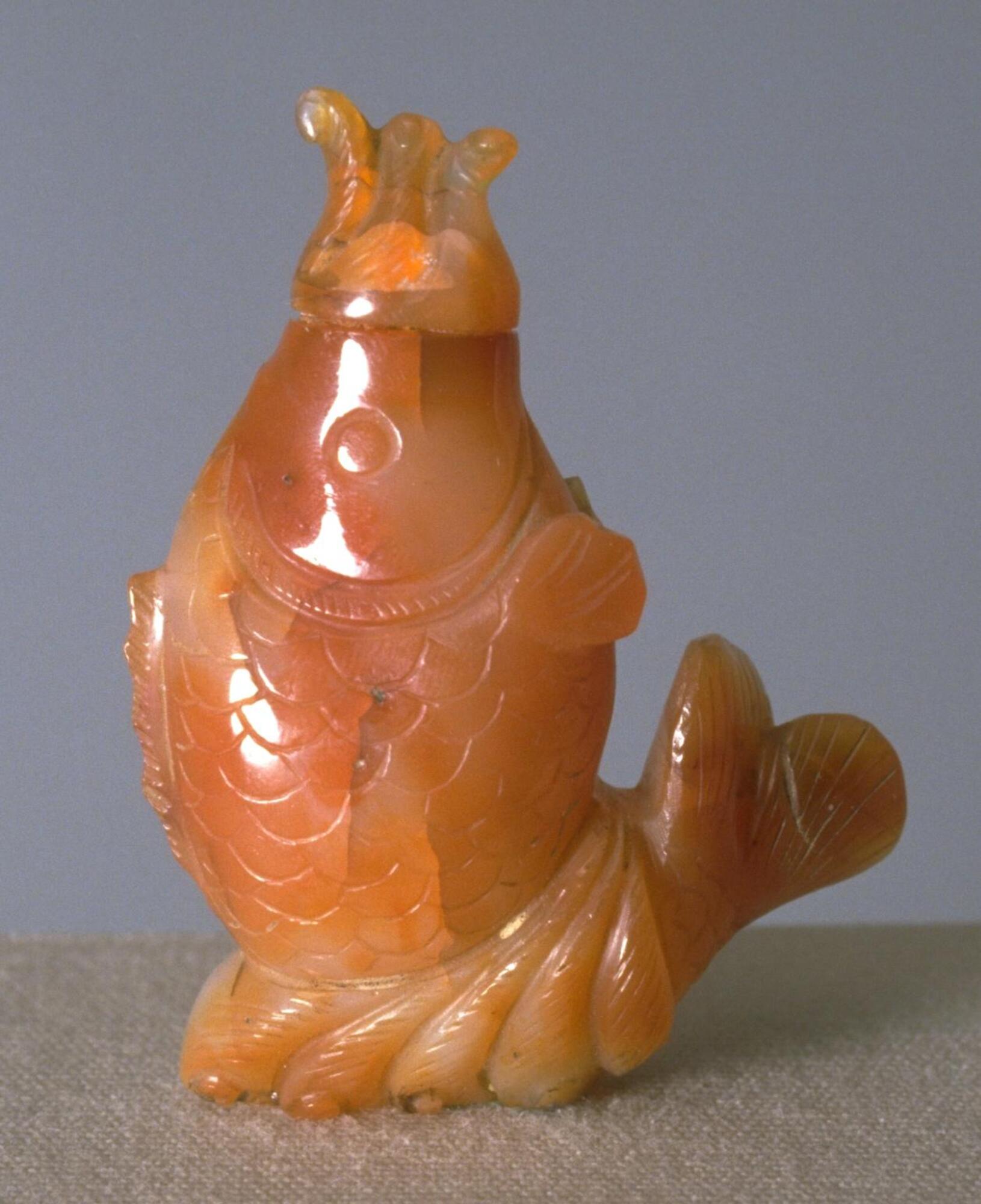 Title
Carnelian snuff bottle in the shape of a carp

Physical Description
A carnelian snuff bottle in the shapes of a carp. Its head is raised and in its mouth is a stopper.