Agate snuff bottle with image of lion and ball 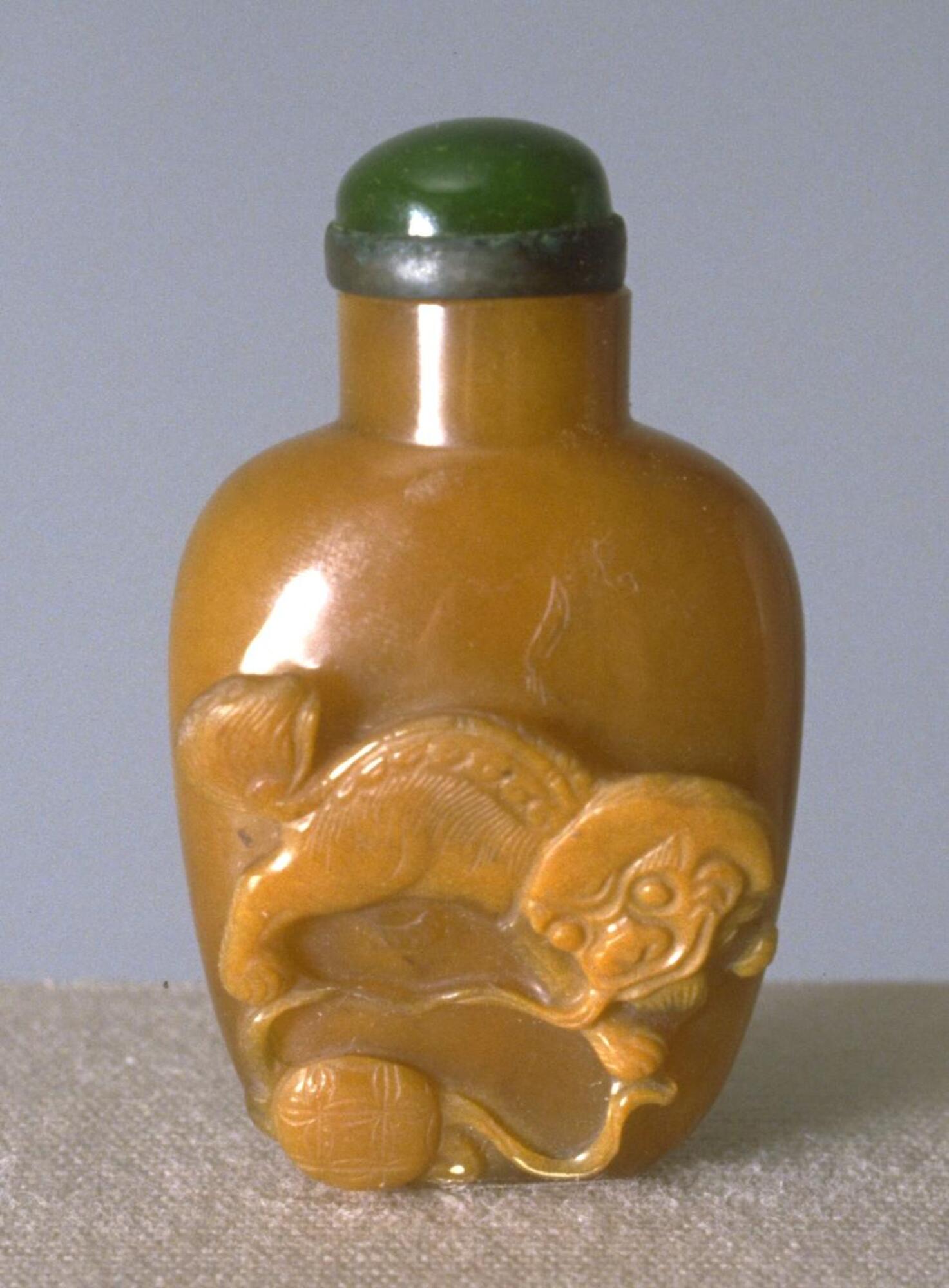 Title
Agate snuff bottle with image of lion and ball