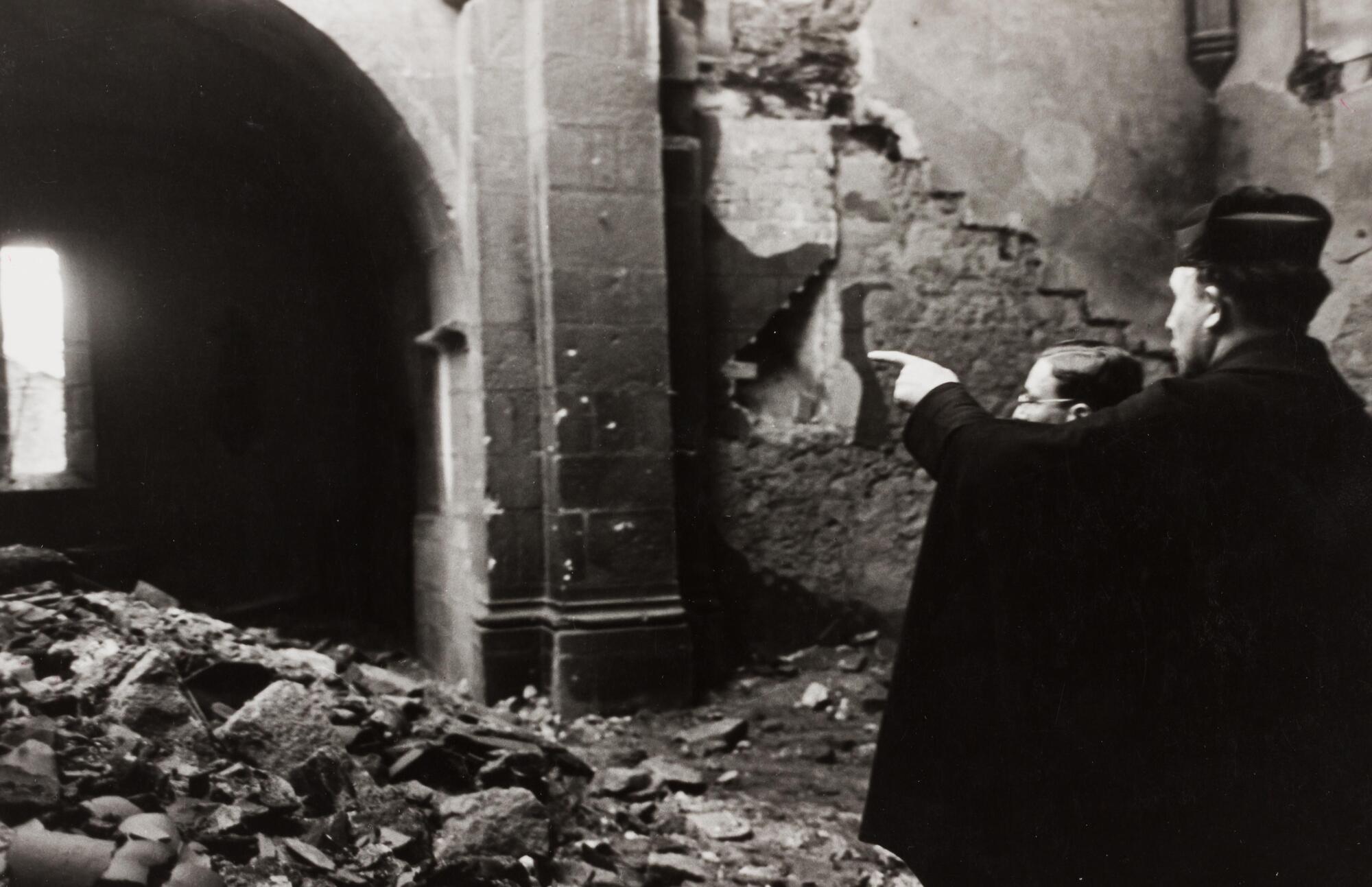 Subject matter
In this photograph, a priest (identified as such by his black cape and tricorn cap) directs his companions eye toward the rubble of a destroyed church in Oradour-sur-Glane, France. The village was largely destroyed and much of its population massacred by Nazi forces in June, 1944. The priest's pointing gestures can be read both as an indication and an indictment of Nazi atrocities committed against French civilians. Henri Cartier-Bresson is known for “the decisive moment,” the fleeting time in which a photographer must make an instantaneous decision. Cartier-Bresson began photographing seriously in 1930, acquiring a Leica camera, which was used throughout his career photographing some of the 20th century’s most important events. Cartier-Bresson co-founded Magnum Photos with Robert Capa, David Seymour, and George Rodger. After 1970, Cartier-Bresson turned to drawing, photographing only occasionally.

Physical Description
A photograph of a church destroyed by a bomb. A man in the right foreground points toward an arch.