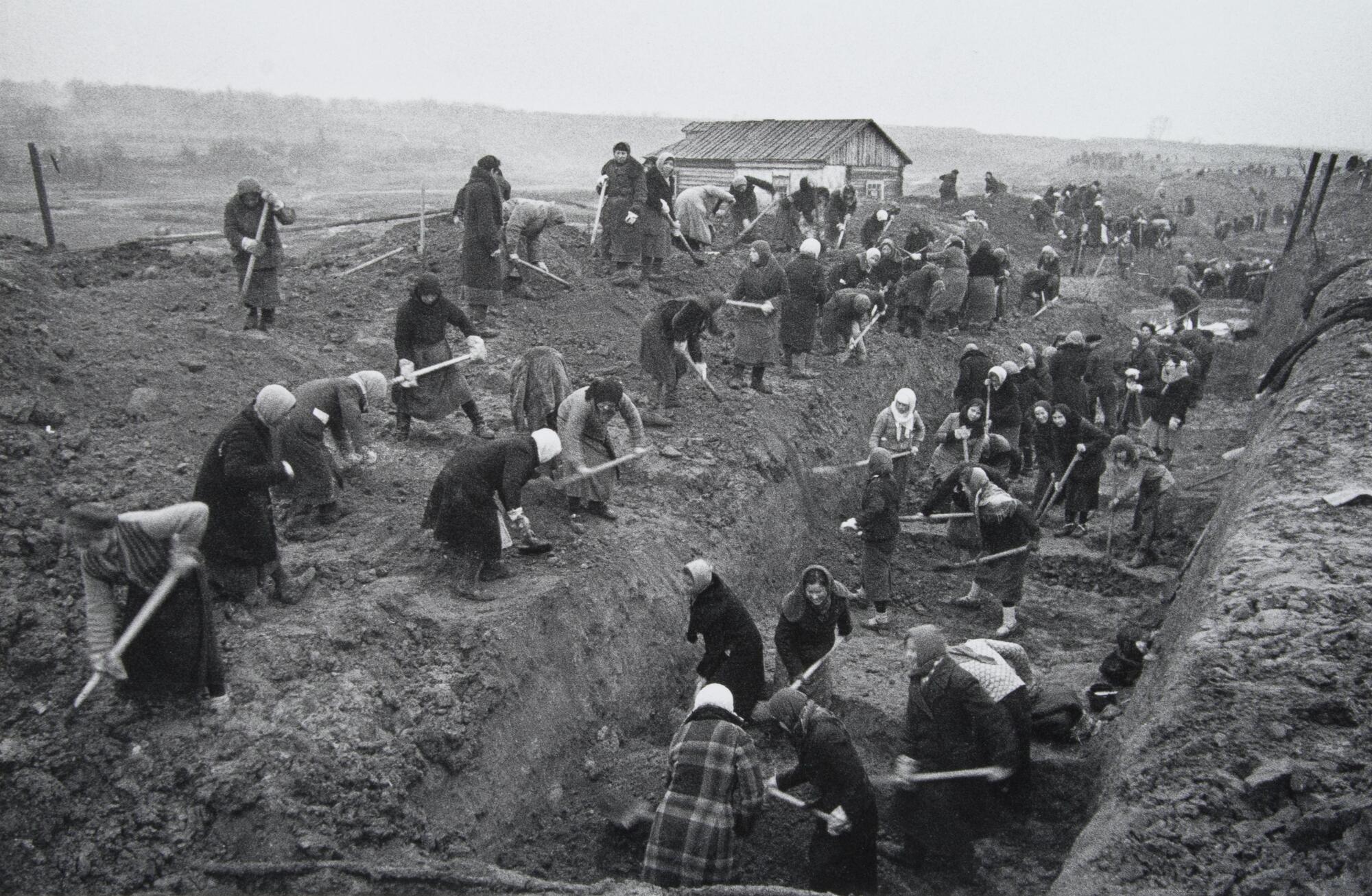 Subject matter
This photograph provides a view downward onto a group of women digging trenches in a barren landscape. In the background, a winding ribbon of workers can be seen engaged in a similar activity. This image evokes the notion of total war, where a nation’s entire resources, including its civilian population, are involved in the war effort. This image forms part of Baltermants’ larger project—as an official photographer to the Kremlin—which, spread across numerous portfolios, aimed to document scenes from the Soviet Union’s fight against Nazi Germany during World War II (1939-1945), known in the USSR as the Great Patriotic War.

Physical Description
A large group of women with pickaxes and shovels dig a trench in a barren landscape.

Dmitri Baltermants photographs from WWII
(Part of 3 Learning Collections)
World War II Images
(Part of: Examples of Student Research in the Exchange)
Women and the Trades
(Part of: Resources Made by Isabel Engel)
Caregiving, Risk, and Corona