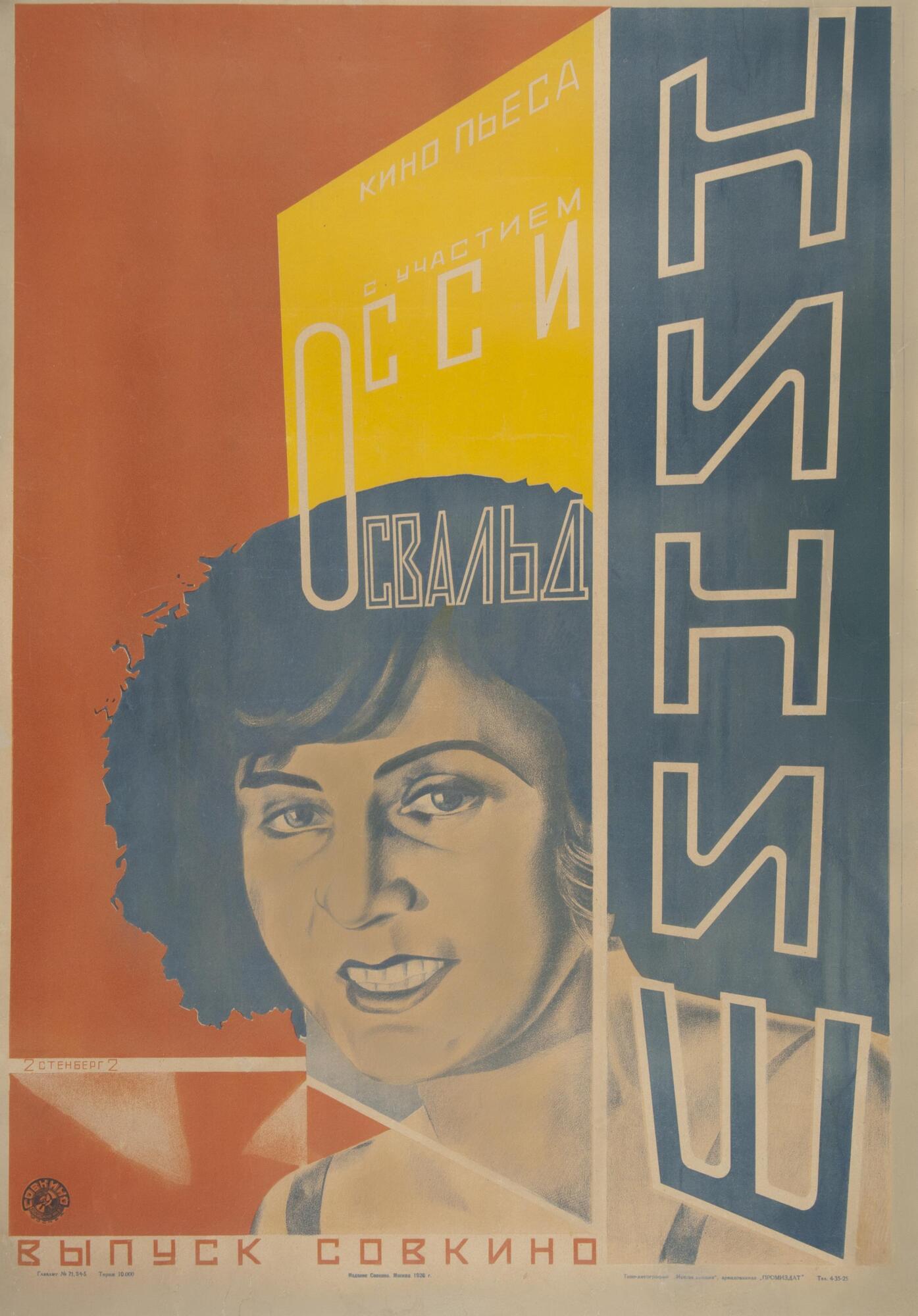 Subject matter
Russian brothers Georgy Stenberg and Vladimir Stenberg began making movie posters in 1923, as the film industry in Russia expanded rapidly. In addition to desigining posters, the Stenberg brother were also sculptors, theatrical designers, architects, and draftsmen. They were a part of the Russian Constructivist movement, features of which include the bold use of geometric shapes and primary colors, often red and yellow as seen here. The woman referenced in the title, Ossi Oswalda, was a German actress.

Physical Description
This movie poster for the film "Ninichi" shows a woman wearing a dark fluffy hat smiling at the viewer. She has short hair and wears a tank top with shoulders exposed. Her image is printed atop a bold background of red and yellow rectangular shapes. On the right is a vertical blue rectangle resembling a movie marquee with Russian text on it. There is also Russian text above and below the woman's face.