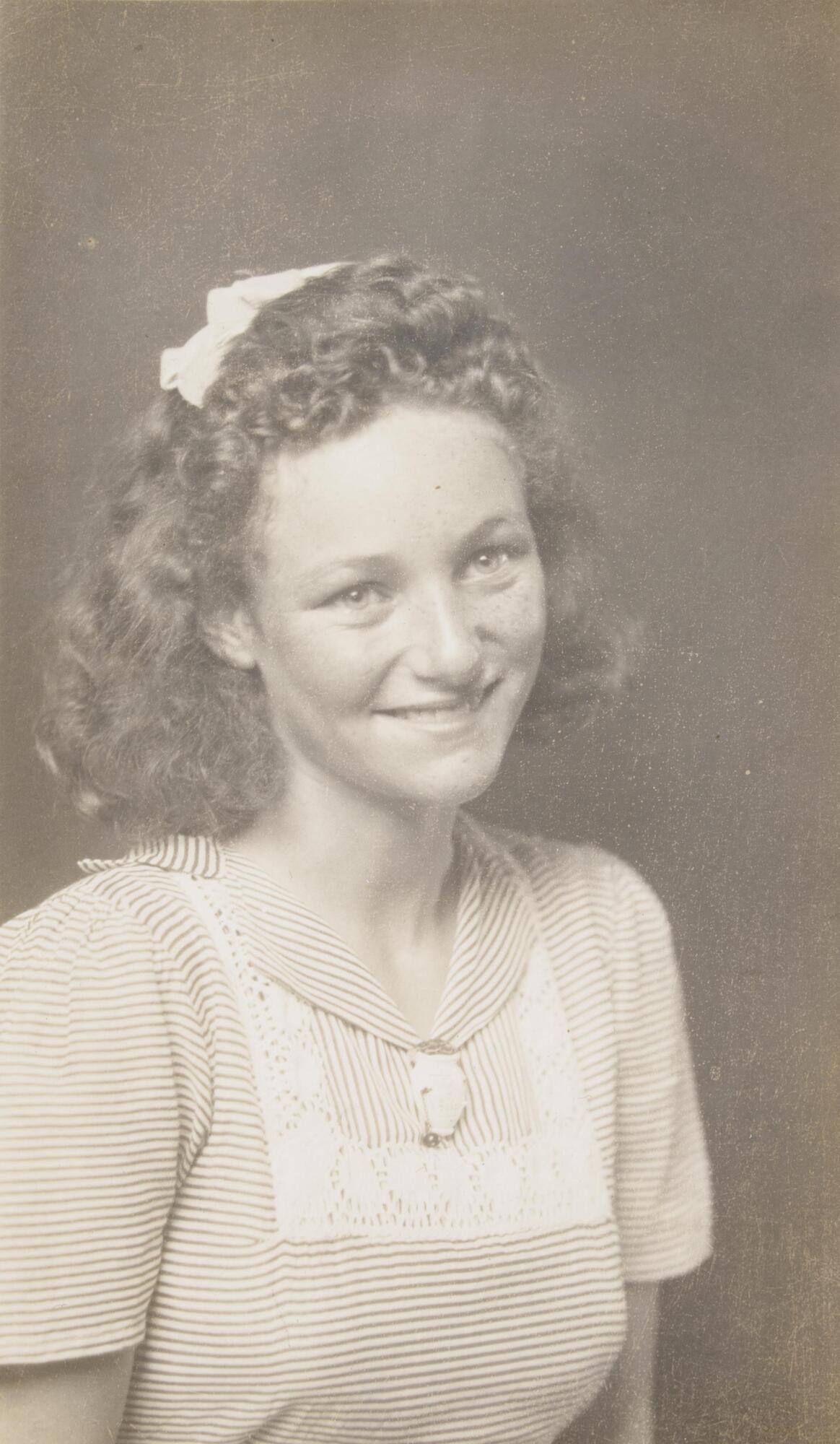 Physical Description
A three-quarter view portrait of a young woman. She wears a striped, collared dress with a lace decoration over the chest, and a ribbon in her curly hair.