Road of the Butterflies - Spring 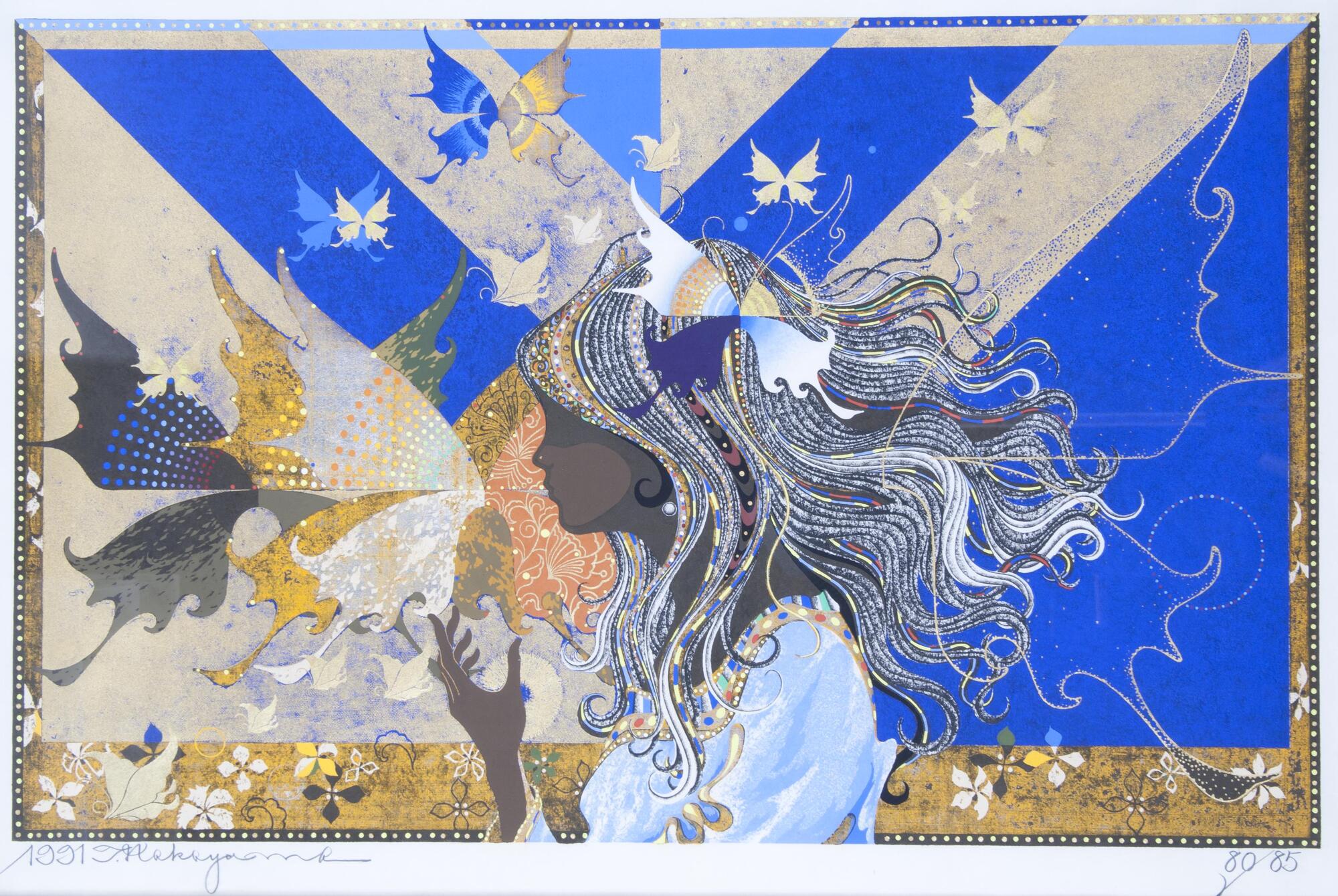 Title
Road of the Butterflies - Spring

Physical Description
A girl with her head and body in profile, her brown hair is scattered around her, highlighted with white, gold, red, and blue strands. There is a blue and gold decorated butterfly in her hair and she is wearing a light blue shirt. Surrounding her are multicolored butterflies of various sizes against a blue and white diagonally striped background. The print is bordered gold with black, yellow, and white floral designs.