Cho to shojo to (Butterflies and Girl) 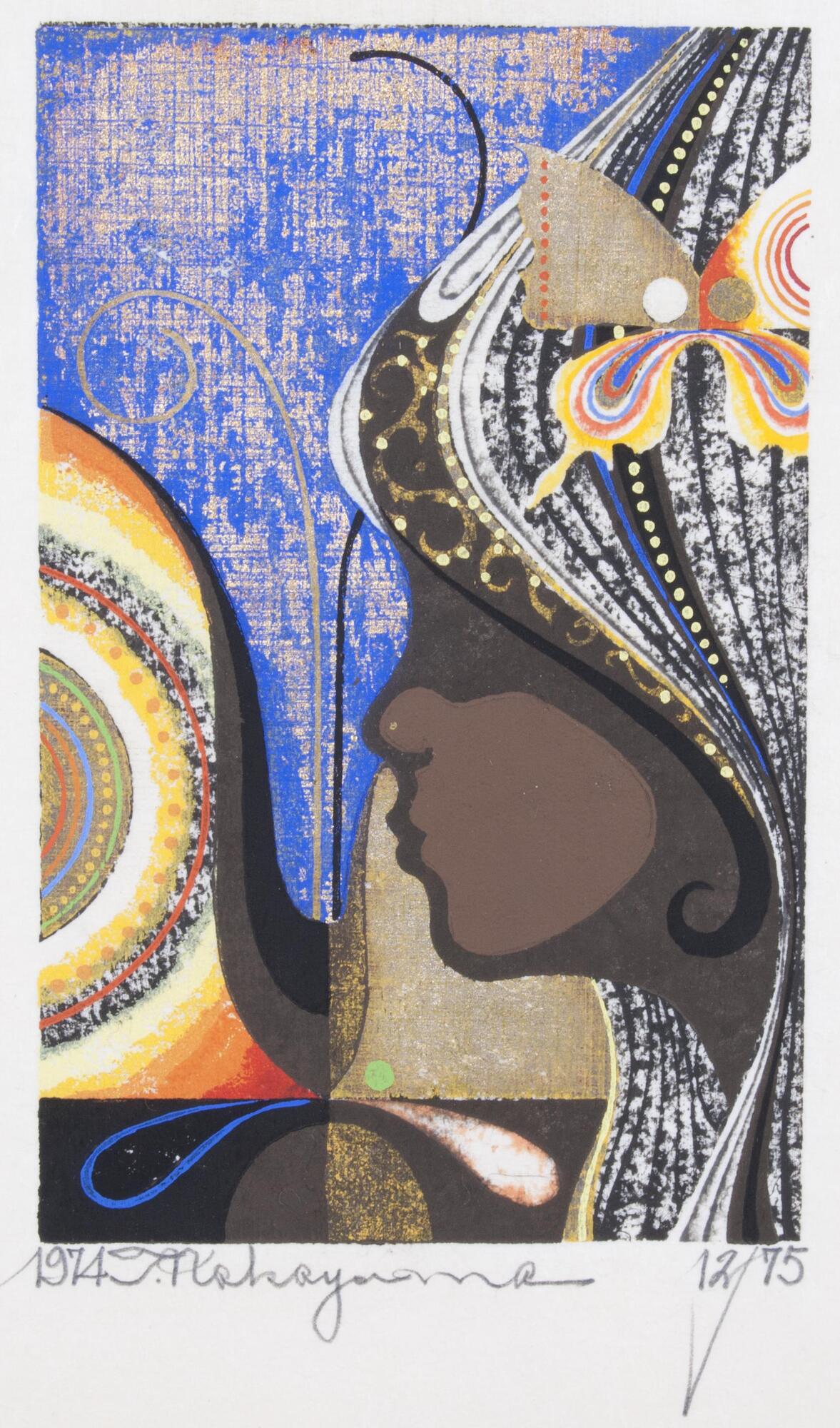 Title
Cho to shojo to (Butterflies and Girl)

Physical Description
A girl with her head in profile, her black hair is highlighted with white, blue and yellow stripes, yellow columns of dots, and gold abstract curves. In her hair, there is a brown, red, yellow, and blue butterfly with abstract designs on its wing. The background of the print is blue, but the bottom half of the print is taken up by a partial view of a brown, black, red, and orange butterfly with abstract designs on its wings.