Becquet, one of the "Sixteen Etchings," or the "Thames Set" 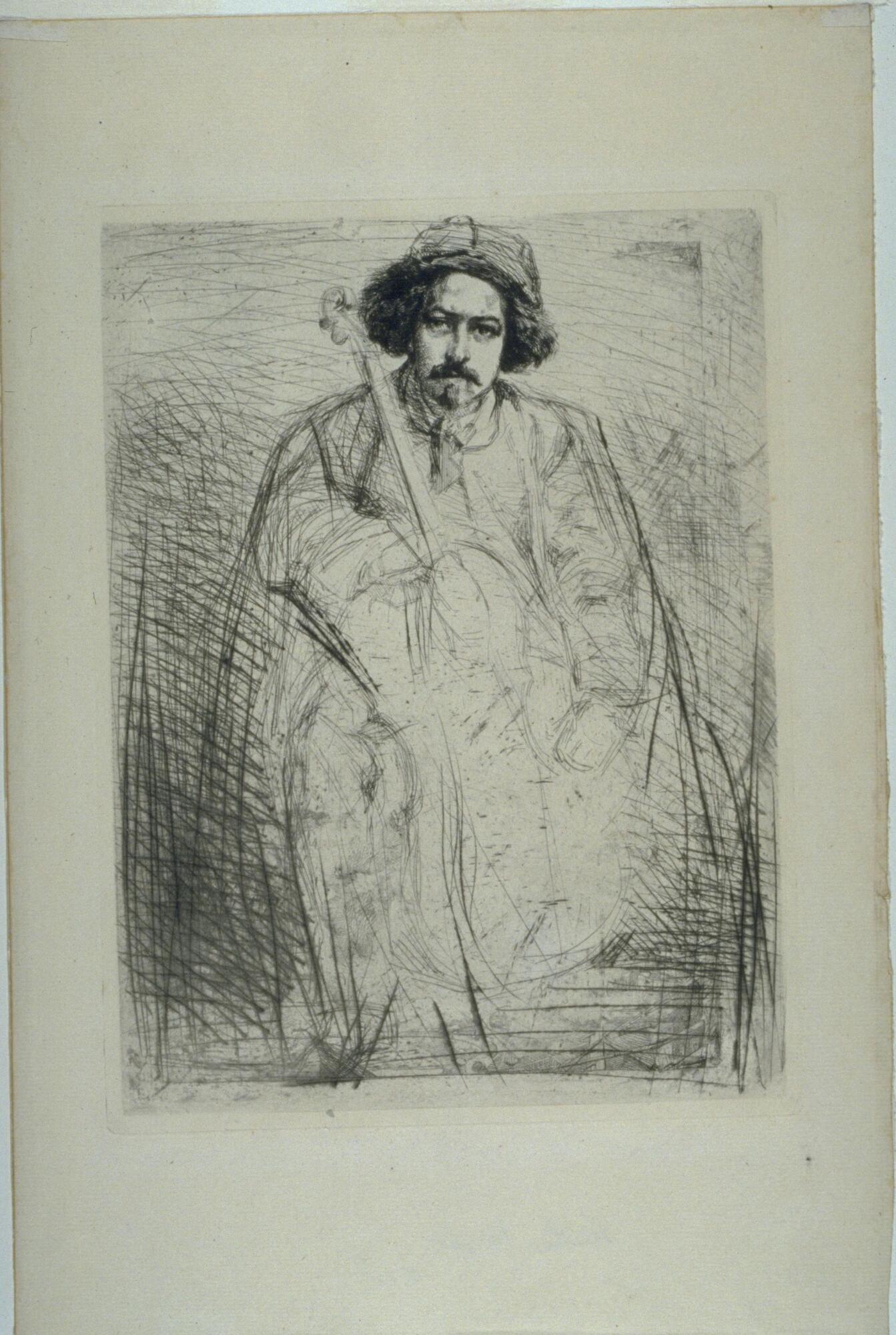 Title
Becquet, one of the "Sixteen Etchings," or the "Thames Set"

Label copy
Becquet, from Sixteen Etchings, or the Thames Set
1859
Etching and drypoint
Third state of four (Kennedy 52)
Bequest of Margaret Watson Parker, 1954/1.340
This etching was one of two non-Thames subjects included in the set. Beginning in the late 1850s, Whistler executed a number of portraits of friends and family. This portrait of the sculptor and musician Just Becquet (1829–1907), who reportedly lived in his studio among “disorder and his cello,” was drawn on a previously used plate from Whistler’s time at West Point. The plate had a horizontal scene, and Whistler turned it ninety degrees to draw this vertical portrait of his friend (stacked rifles can be seen in the lower right corner of some impressions). Whistler’s intimates often had to pay for his friendship by posing for him, which was no easy task. One reported: “there was no blague [joke], no farce, [amusement] in posing for Whistler.”
The richness of this plate was applauded by The Saturday Review in 1871, which proclaimed it the equal of, “the most famous of extant etchings, ancient or modern… magnificent in force of modeling, in its breadth and in its detail”; the reviewer likened Whistler’s facility with the etching needle to that of “a musician with his instrument.”

Subject matter
Just Becquet was one of Whistler's friends in Paris. This quick sketch of the musician focuses on the figure's face.

Physical Description
A man with and a moustache and scraggly hair visible under a cap sits facing the viewer, a cello cradled between his arms. The lower portion of both the figure and the musical instrument are only summarily indicated; the background consists of passages of rapidly drawn parallel lines.