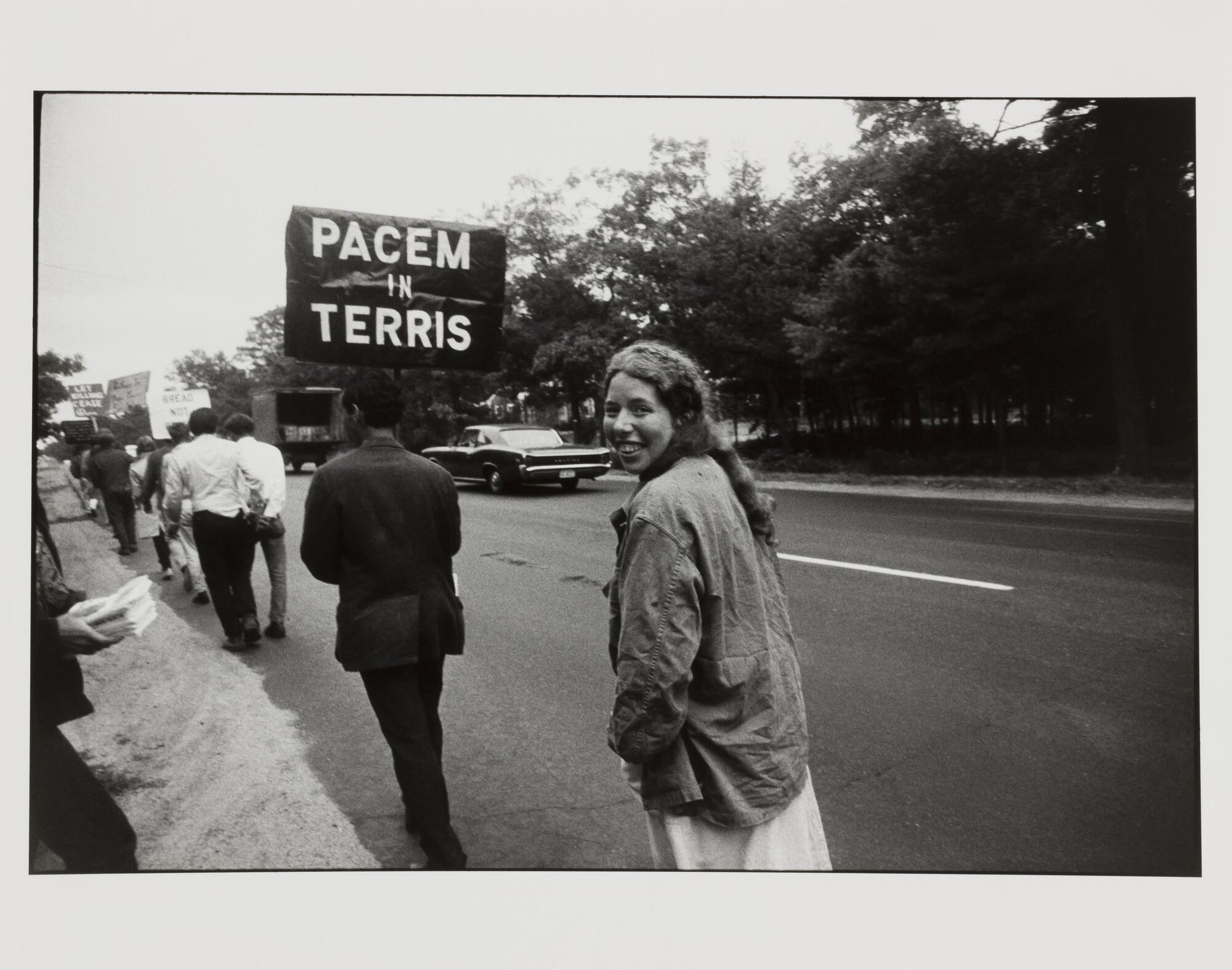 This photograph shows a group of protesters walking in a line along the side of road. Its primary subject is a woman in the center foreground, who looks slightly over her shoulder in mid-stride to meet the gaze of the camera. Behind her is a large billboard sign that reads "Pacem in Terris," referring to the 1963 papal letter of Pope John XXIII, which concerns nuclear non-proliferation.

Physical Description
Photograph of a group of protesters walking in a line along the side of road.