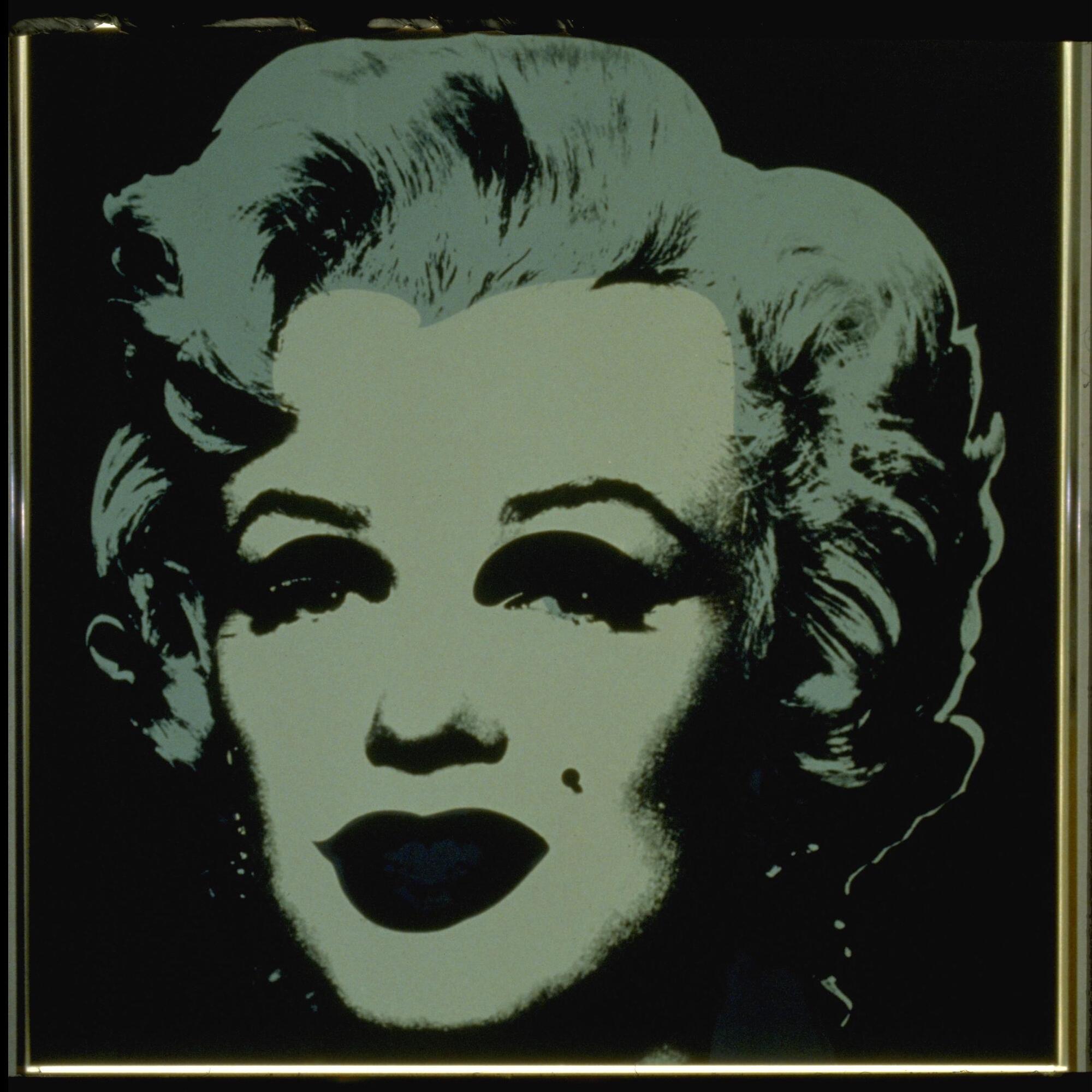 Label copy
6/28/10
Andy Warhol (United States, 1928–1987)
Marilyn
1967
Screenprint on paper
Gift of Frances and Sydney Lewis
By the time of her suicide in 1962, few figures played as visible a role in the public imagination as Marilyn Monroe. Like Jacqueline Kennedy, another of Warhol's subjects of the 1960s, Marilyn Monroe combined beauty, fame, and tragedy in equal measure.
Shortly after her death, Warhol began an extensive series of works based on a publicity still for the 1953 film Niagara. In 1967, he produced a portfolio of ten portraits, three of which are displayed here. The commercial technique of screenprinting simultaneously provides the image with a clean, hard-edged legibility and allows for endless variation in color and registration. In these works, Marilyn is both canonized as a martyr and exposed as a highly structured image. By celebrating the veneer of glamour and fame while at the same time acknowledging its complexity (and morbidity), these prints reveal Warhol's subtle grasp of American celebrity culture.

Subject matter
From a portfolio of ten screenprints based on a publicity still of Marilyn Monroe from the 1953 film "Niagara".