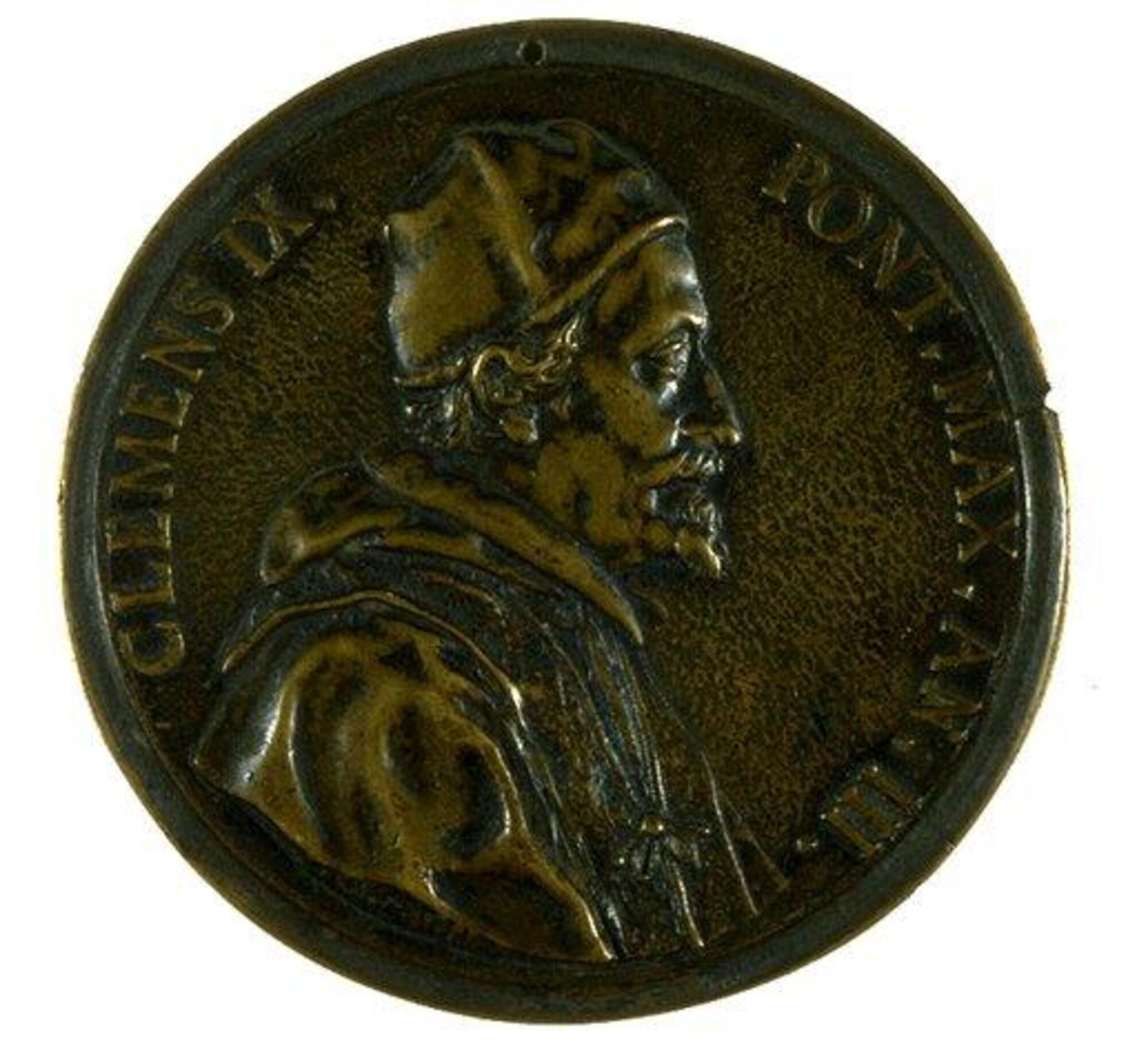 Label copy
March 28, 2009
Continuing the papal policy of sponsoring public works, Clement IX financed the restoration of the Pont Sant’Angelo across the Tiber in Rome. The reverse of this papal medal represents the bridge along with a reclining river god and a wolf nursing Romulus and Remus, the founders of Rome according to legend. The inscription is another evocation of antiquity, employing the Classical Roman name for the bridge. The bridge also evokes the pope, whose title in Latin, Pontifex Maximus, literally means “supreme bridge-builder.” Traditionally, this title referred to the pontiff’s role as mediator between heaven and earth, but here Clement IX, by literally rebuilding a bridge, also creates a span between Rome’s present and its glorious past.

Subject matter
The front of this medal depicts Pope Clement IX, and the reverse represents one of his public works projects, the restoration of the Ponte Sant’Angelo that bridged the Tiber in Rome. The bridge appears in the center of the scene, while an angel trumpets above. A river god, representing the Tiber, reclines below the bridge while a nursing wolf--a symbol of Rome--appears at his feet.

Physical Description
The front (obverse) of the medal presents a profile portrait of a bearded man wearing a cassock, cap, and stole. The reverse depicts a bridge spanning a river. A winged figure flies above the bridge blowing a trumpet, while a nude male figure reclines below the bridge in the foreground and a wolf nurses at his feet. Inscriptions run around both the border edge of both sides of the medal.