At the Site of Wahlála-Cascade 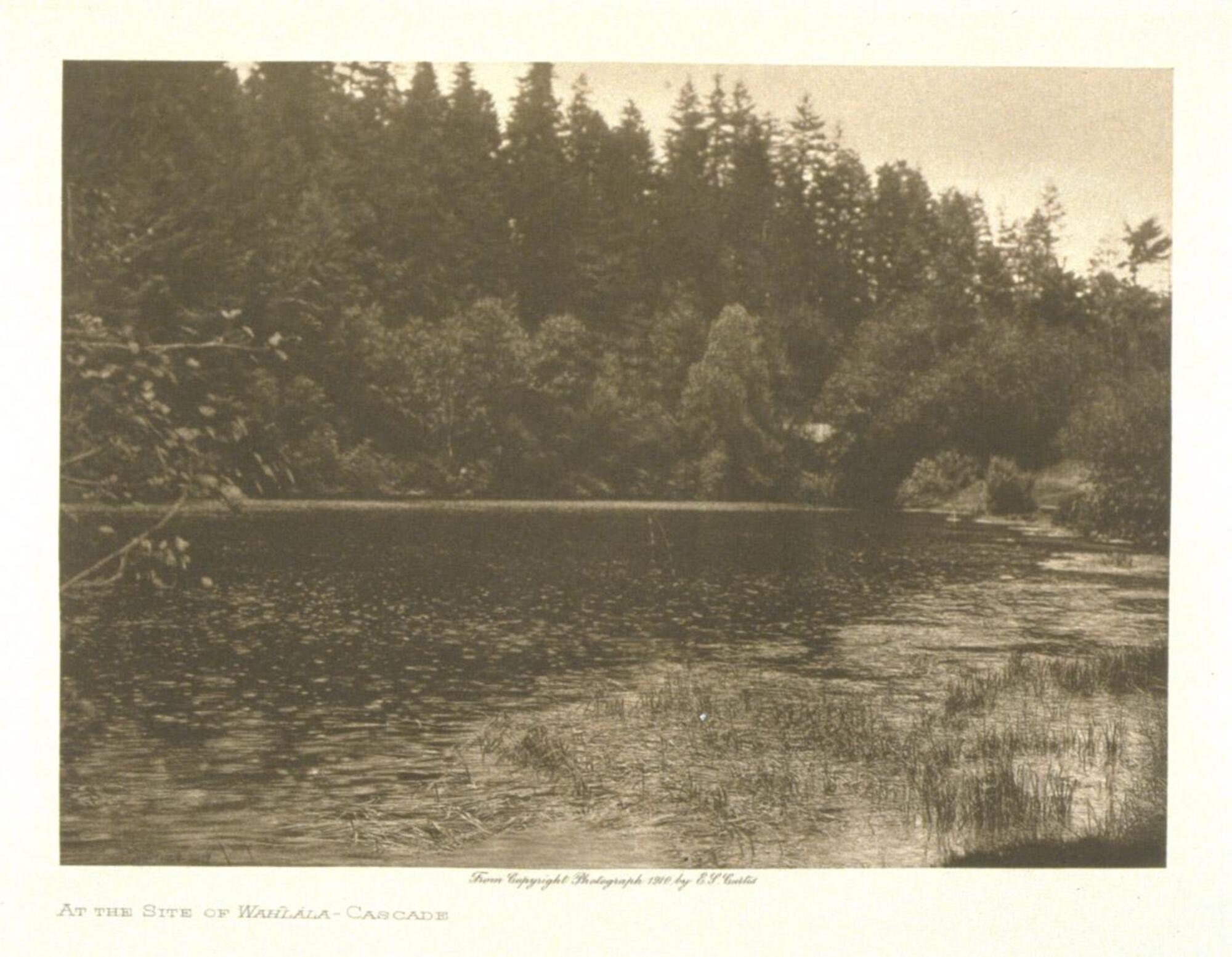 Title
At the Site of Wahlála-Cascade

Subject matter
This image of a Native American site on the Columbia River is from The North American Indian (1907 - 1930), a twenty-volume series created by Edward Curtis in order to document the lives of Native Americans in diverse regions of the Western United States. This limited edition volume was financially supported by J.P. Morgan, and promoted by Theodore Roosevelt. The resulting works have been criticized and celebrated for their portrayal of Native American life. Curtis often included anachronous props and clothing and presented rituals that had not been performed in years in order to support an idealized and romantic reading of a “vanishing race.” He recorded and documented a wide range of imagery and information, presenting them in the tradition of ethnography.

Physical Description
A landscape view of a river. In the foreground, reeds are visible growing in the water. On the far bank a forest of trees frame the horizon line.